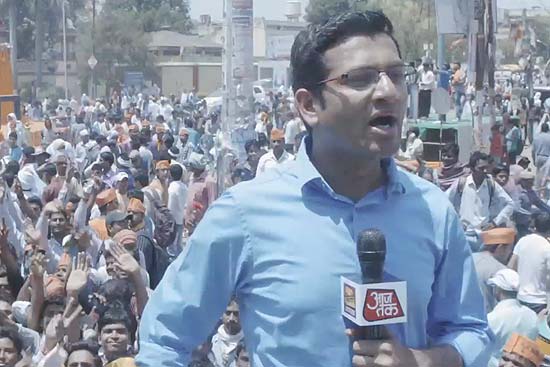 Is This Rhetoric Against Modi From Back Then Holding Film Up?

Transgender candidate Kamla Kinnar saying of Modi: “A man who can’t look after his wife, how can he look after the nation?”

Ordinary people talking of Modi as

Muslims saying “We are not his enemy, then why is he attacking us?”

For a film that has fallen victim to the merciless scissors of the censor, purportedly for showing Prime Minister Narendra Modi in bad light, Kamal Swaroop’s documentary Dance of Democracy—Battle for Banaras has a rather scholarly inspiration: Nobel laureate Elias Canetti’s book Crowds and Power. It is, as Swaroop puts it, “an anthro­pological look at the nature and behaviour of crowds” and dwells on concepts like open and closed crowds, invisible crowds, crowd freedom and crowd fear. What better occasion to understand crowd dynamics than an election, thought Swaroop. So he trained his cameras on Benares, where Modi contested, during the 2014 Lok Sabha elections. “I wanted to understand better what I had read. It was an opportunity to apply theory to actual crowds. To look at voters, candidates and the media through Canetti’s lens,” he says.

His intentions, however, were dera­iled last week when the film was denied a censor certificate outright by a...