All about a relative of the potato family and salsa. 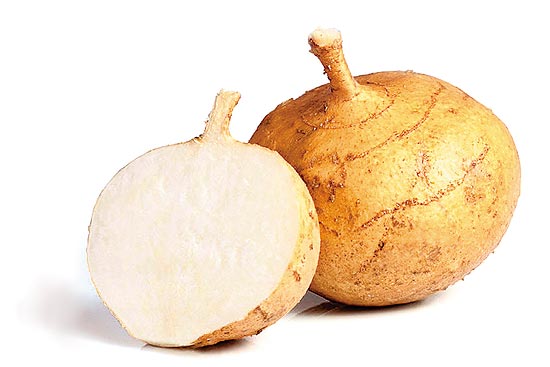 A native of Mexico, Jicama, also known as ahipa and saa got, is a relative of the potato family and res­embles a turnip or radish. The large root has white crunchy flesh with a thin inedible brown skin, and tastes like a cross between water chestnut and apple. Jicama can be eaten both raw and cooked, although its use in salads is more popular. The root retains its col­our even when exposed to air, and loses its taste when cooked for long, imbibing the flavour of the ingredients it is cooked in. Jicama has travelled from Mexico to the Philippines, China and other parts of south Asia where it is often used in side salads or as fresh sides to the dishes. In its homeland it is often used as a tomato substitute in salsa, although Jicama fillings for tacos and enchiladas are also common, along with frequently being used in gazpachos.