Anger Is Brewing Against BJP In Assam

Assam is in a political flux after two recent exercises—the updated national register of citizens this summer and the citizenship amendment bill, which endorses non-Muslim minority immigrants from Bangladesh as Indian citizens. 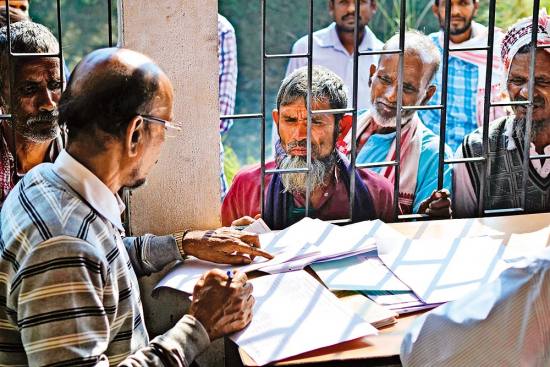 Down a dirt road, a gang of gunmen herded five men to a river’s edge and ordered them to kneel down. It was around 8 pm on November 1 and the staccato report of automatics broke the nightly silence. The slain men were Hindu Bengali vegetable sellers. In about 30 minutes, leaflets denouncing the cold-blooded killings circulated in Tinsukia, an eastern Assam town with a sizeable number of Bengalis living and trading there since the British era. And several groups in Assam—some leaning right—declared a bandh. Isn’t it a bit too fast that somebody dashed to the remote spot where the bodies lay, informed a contact in Tinsukia, who then called a press (still open around then) and got the leaflets printed—all in 30 minutes? Did somebody know the sinister plot, then?

The motive begs a callout. Who gains from spilling the poor men’s blood? Were they just pawns in the political flux Assam is in after two recent exercises—the updated national register of citizens (NRC) this summer and the citizenship amendment bill, which endorses non-Muslim minority immigrants from Bangladesh as Indian citizens? The NRC was primarily aimed at identifying illegal Muslim immigrants. The BJP had promised to address this when it came to power in Assam in 2016. Calling those left out of the NRC list Bangladeshi infiltrators, party chief Amit Shah compared them with termites. But many Bengali Hindus too didn’t make it to the list. Now, this community is close to the BJP’s heart as it is banking on Bengali Hindus to make inroads into Bengal as well as consolidate its position in Assam.