Armed With The Original Weapon

Four stone-pelters from Kashmir talk about their lives, their motivations and the neolithic intifada 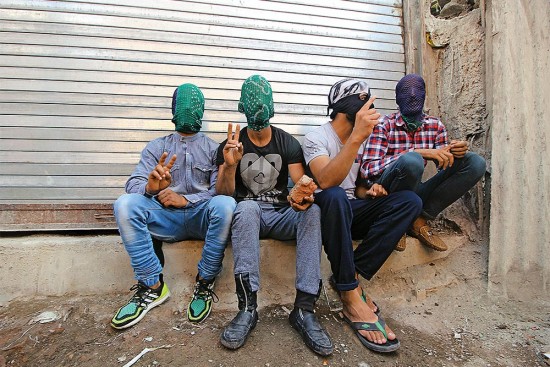 When the Mughals inv­aded Kashmir in the late 16th century, they built a fort on a hilltop in Srinagar. It’s part of folk hist­ory that, bri­mming with anger, young Kashmiri men would clandestinely appear on the streets of old Srinagar. Holding stones in their hands, these men­­­ would divide themselves into small groups, and on seeing Mughal soldiers coming down from barracks on the hilltop, hurl the stones at them, prompting them to retreat. This act of resistance to the Mughal occ­upation would earn the young men the title of Dilawar or braveheart.

More than four centuries later, the primitive stone continues to be the wea­pon of choice for yet another generation of angry Kashmiris. They say they are carrying forward the ‘torch of freedom’. Inc­identally, the area of Nowhatta, a stone’s throw from the historic Mughal fort, still remains, after 430 years, the ground zero of stone-pelting protests in the Valley.