Indian weaves sashay on the ramp 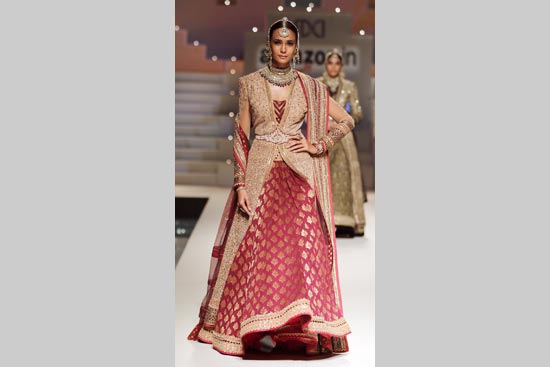 In the warp and weft of Indian textiles lies one of the richest traditions of Indian history. Victoria & Albert Museum in London is acknowledging this in The Fabric of India exhibition which began this month. Indian weaves are increasingly becoming the muse for Indian designers as they revel in the lushness of fabric and richness of motif to make statement pieces in fashion.

Sanjay Garg began his love affair with Chanderi, but it was Mashru, the traditi­onal silk and cotton weave from the Mandvi district of Kutch, he showcased at the Amazon India Fashion Week (AIFW) Spring-Summer 2016. The grand finale in the same show was a paean by a collective of 16 designers to the Banarasi weave, a royal, glistening spectacle that held the spectators awestruck.