Home International
The Secret Diary of

“Presidentji,” he drawled, “I suggest you immediately seek the help of Amar Singh, the politician, who is an expert with all things phon(e)y.” 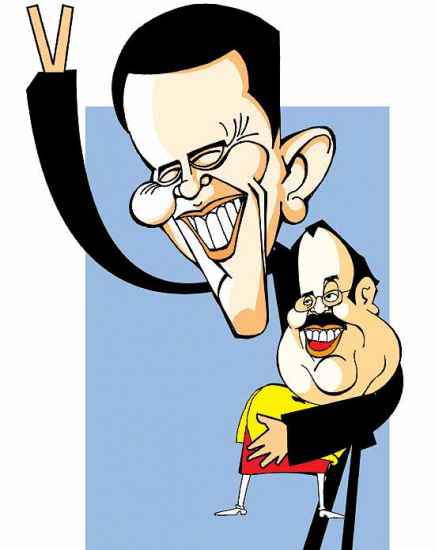 There are some facts in the hunting down of Osama bin Laden that will never be officially revealed. One of them is the Indian angle. While the RAW and CIA may fight shy of admitting it, I have to admit—support from a ‘friend’ in Delhi was vital to the operation. It was in July 2010 that our intelligence was first tipped off about “a high-level target” hiding in Abbottabad, Pakistan. Of course, CIA chief Leon Panetta had a hunch about the identity of the person hiding in the three-storeyed bungalow but one had to be sure. Unfortunately, after months of pretending to be peasants growing cabbages in a patch of green near the house, Leon’s boys were nowhere close to the truth. That’s when I thought of swinging into action.

First off I consulted secretary of state Hillary Clinton. She suggested I get in touch with a former RAW operative she’d met when she visited India in 2000. I was told to dial someone called Q. “Hello, Mr Presidentji,” he said, “Q this side at your service, Hillary madam has already spoken to me.” I told him about the need to identify a target hiding in Abbottabad. “Q, the trouble is that whoever is hiding out there doesn’t have a cellphone, landline or internet connection. So, it’s impossible to ascertain his identity over the phone or e-mail.” Q was quick to understand the problem and came up with a solution. “Presidentji,” he drawled, “I suggest you immediately seek the help of Amar Singh, the politician, who is an expert with all things phon(e)y.”