Beacon Returns As A VIP Flag

The Modi government had made a big hoo-ha about ridding official vehicles of the vestiges of colonial-era privilege. But the MLAs of Himachal have flagged their dissent ingeniously. 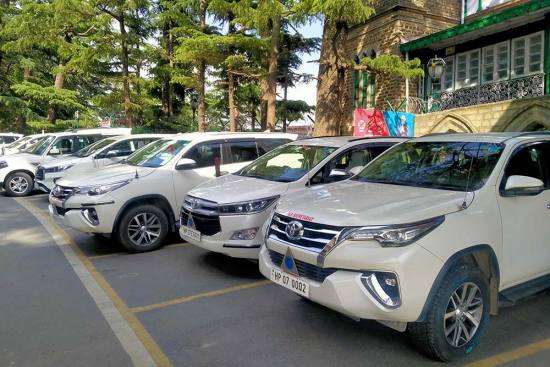 The BJP-ruled government sent the signal fire against ­colonial-­era VIP culture in India when the Union cabinet ­decided in 2017 to remove red beacons atop ­official ­vehicles, including that of the prime minister. “Every Indian is ­special. Every Indian is a VIP…,” tweeted PM Narendra Modi. The beacons are gone, but symbols ­symptomatic of VIPs—living in ­luxurious ­bungalows, protected by gun-toting police and chauffeur-­driven cars running red lights with ­sirens ­blazing—­remained. Another such icon of privilege has ­returned to Himachal Pradesh, with the state Cabinet’s nod. All ­legislators in the BJP-ruled state will be allowed to flaunt a special flag advertising their status on their ­vehicles. BJP-ruled Haryana has ­already allowed this concession to its MLAs.

The move has triggered public outrage, but chief minister Jai Ram Thakur is unmoved. “It was done because the MLAs had demanded it to ensure identity and recognition when they are travelling,” he says. The speaker has approved the flag’s design, which bears the assembly’s official emblem. Himachal has 68 MLAs. The CM, cabinet ministers, speaker and deputy speaker are entitled to use the national flag.