What prevents the film from being a laugh riot is loose editing and some jarring overacting. 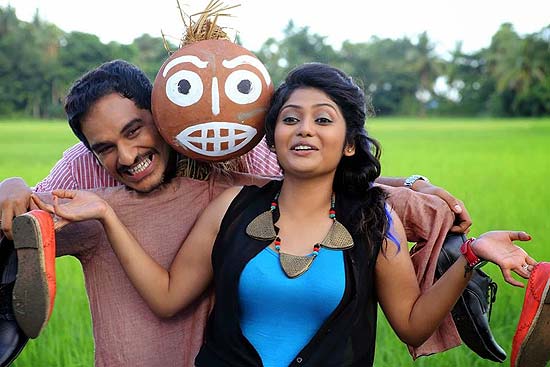 Rahul is an average middle-class marketing executive. Not terribly ambitious, he is willing to put his promotion in jeopardy by taking an afternoon off to go home for some ‘privacy’ with his wife (“My uncle died,” he tells his grumpy boss. “Didn’t he die last month?” the boss asks. “Yes, but that was anot­her uncle.”). Only, this privacy is elusive beca­use their pre-teen, precocious, bratty son is growing up and has this unca­nny way of putting a spa­nner in the works. He arrives early from school, returns unannounced from trips and wakes up in the middle of the night just as the parents are cozying up. “Ma, ki korcho?” (Mom, what are you doing?) he asks. This deprivation of privacy is the crisis on which the film hinges and the directors use the only cinematic genre that such a topic can be explored with: comedy. But what prevents the film from being a laugh riot—despite the hilarious story—is loose editing and some jarring overacting. Ritwik, however, has superb comic timing. “Dharonsh achhey?” (Do we have eno­ugh ‘bhindi’?) he asks his wife sarcastically, when handed a long list of things to be brought on his way home from work. It is sad to see a script which is brimming with such comic potential, drawing as it does abundant humour from Bengali middle-class life, not take off because of shoddy finishing. Raghab Chatterjee’s music is noteworthy for bringing out the melancholia inherent in the lighter moments of life.