A tale of innocence, greed, guile and idealism told in awkward English rings vividly true. Bhagat’s novel will be read by lakhs; that’s his claim to serious consideration. 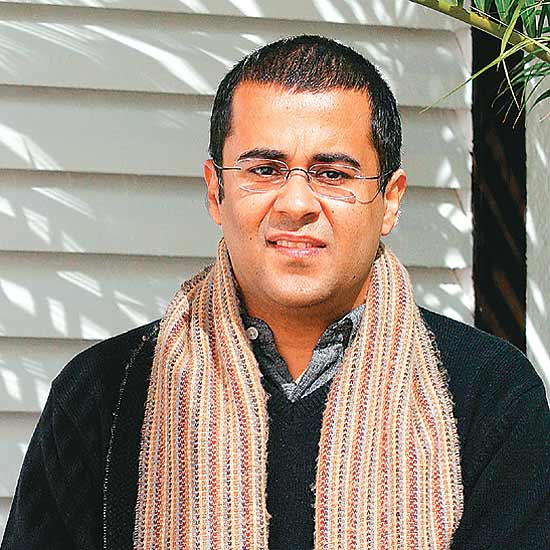 Chetan Bhagat is a phenomenon. Every one of his four previous novels—all published only in paperback—has been a national bestseller, and each has been sold to Bollywood for a film version. His writing touches a chord with young Indians that few others can match. Bhagat, a 36-year-old whizkid with degrees from two of our country’s most prestigious educational institutions—a bachelor’s in engineering from IIT and an MBA from IIM—used to work at Deutsche Bank in Hong Kong. But the success of his fiction has prompted him, in the words of the author bio at the start of his new book, to “quit his international investment banking career in 2009, to devote his entire time to writing and make change happen in the country.”

The phrase captures both Bhagat’s ambition and the linguistic carelessness that critics love to assail (that “make” sits clumsily in the sentence; it would have worked better as “to making” or even “to make”). But it explains why Chetan Bhagat is an author whom serious-minded literary Indians dismiss at their peril. The sneers with which his stylistic limitations were discussed at the recent Mumbai LitFest are misplaced. To judge Bhagat by the yardstick of the quality, rather than the effectiveness, of his prose is to miss what he is trying to do. He is saying something to young Indians that hasn’t been said before in quite that way; he is reaching an extraordinarily large number of readers; and he is seeking to use his reach to bring about a change in the country, starting with the mindsets of young Indians. This is why he must be read.