Between Good And Bad Killers

Bastar’s adivasis are battered by vigilantism, dispossessed by the state’s landgrab and failed by the justice system 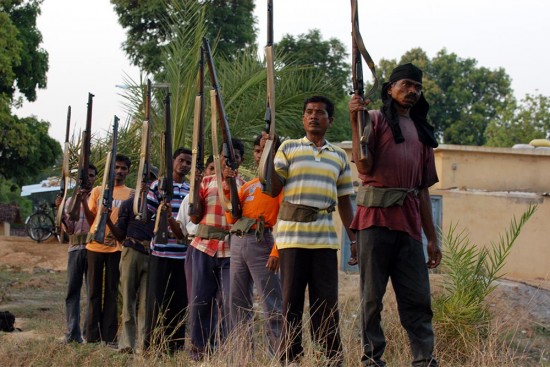 So long as the investigation in the Guja­rat riots remained in the hands of the Gujarat police, Maya Kodnani could strut around as woman and child development minister in the Narendra Modi state government. But, a few mon­ths after the Supreme Court had appointed a special investigation team (SIT) in 2008, the very incriminating evidence that had long been in the public domain, the call data rec­ord of her mobile phone, forced Kodnani to go underground. She surfaced only after obtaining an anticipatory bail. Once the high court had cancelled her anticipatory bail, she resigned and surrendered to the SIT. Thus followed her historic conviction as the ‘kingpin’ of the largest of the massacres that had taken place in Gujarat in 2002. This was a dramatic departure from the pattern of imp­unity for communal violence, especially for political leaders. Kodnani is among some 150 people who have been convicted in the key post-Godhra cases entrusted to the SIT. Such is the difference made by the SC’s monitoring.

Imagine the difference a similar monitoring could have made in the context of Chhattisgarh, where a community more vulnerable than even the Muslims has been subjected to murder, rape and displacement. The reference, of course, is to the adivasis of the six districts of the Bastar division. The perpetrators of human rights violations against them are mainly vigilantes. Yes, the kind that have been in the news for rampaging against Muslims and Dalits elsewhere in the country. Except that the vigilantes in Bastar have been openly backed by both the BJP and the Congress, as also the Raman Singh government in Chhattisgarh and the Manmohan Singh and Modi governments at the Centre. So much so that the vigilantes have been conferred the status of ‘special police officers’ (SPOs) and given firearms, with little training and discipline. The audacious blurring of the line between non-state actors and state actors to avoid accountability for mass crimes provoked renowned anthropologist Nandini Sundar in 2007 to go beyond her academic engagement with Bastar and file a PIL in the Supreme Court along with two other eminent persons. Four years later, even as it ordered the disbanding of the mil­itia called the Salwa Judum (purification hunt), the SC baulked at granting Sundar’s plea for a high-level monitoring panel to ensure reh­­a­bilitation of affected tribals and proper probe on their criminal complaints. In the abse­nce of such monitoring, none of the thousands of desp­erately poor villagers whose homes were burnt have got compensation; nobody has been prosecuted for the hundreds of rapes and murders.