Why Mani Shankar Aiyar and Digvijay Singh are best friends and a heavy dose of magic realism. 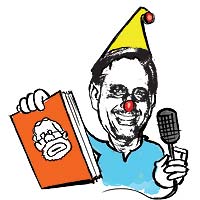 In The Foot, Ha Ha

It must rate as one of the most engaging of book launches. Mani Shankar Aiyar for his Achhe Din? Ha, Ha! had this sparkling line-up of speakers: haw­kish Rakesh Sinha of the RSS, genial Harvard professor and Trinamool MP Sugata Bose, cantankerous CPI(M) leader Nilotpal Basu, mumbling BJP MP Seshadri Chari, garrulous Congr­essman Digvijay Singh, persuasive JD(U) spokesman Pavan Verma, domineering MIM leader Asad Owaisi and the professorial Yogendra Yadav, with a beaming Rajdeep Sardesai as the moderator. The best was Aiyar himself, who played the role of the clown before the real act began. Aiyar said he had contacted 22 current ministers to represent god’s party on the panel, but all declined. His hunch was if they came, they'd be chucked out in the next reshuffle (at which Chari said he doesn’t have to worry about which ministry he was getting).