Sen’s sleuthing uncovers a miscarriage of justice in the Aarushi case. But its clean chit to the Talwars isn’t enough. 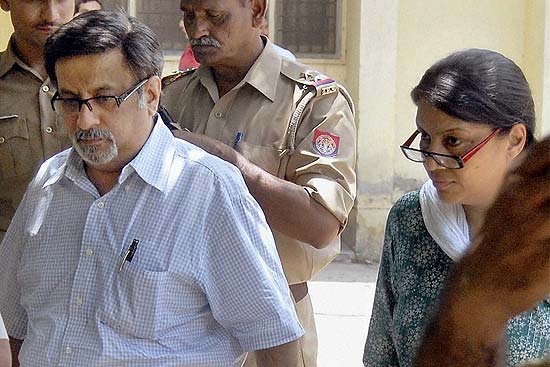 Where do you start trying to comprehend what has happened in the Aarushi/Hemraj murder case? This book has a whole catalogue of events, mix-ups, insinuations, fudges, lies—enough to leave you reeling. Much of it is shocking, but perhaps only if you have zero idea of how the wheels of justice turn in this country. I mean, why would the CBI concoct the e-mail address ‘hemraj.jalvayuvihar@gmail.com’ to send official correspondence to the Talwars, then deny they had done so, then admit it when direc­ted to their own court submissions that contain the address, but then claim some “very special reason”—not to be disclosed—for doing this?

Why would presiding sessions judge, Justice Shyam Lal, faced with a witness—the Talwars’ maidservant—who starts her testimony by saying she has been tutored (‘jo mujhe samjhaya gaya hai, wahi bayan main yahan de rahi hoon’, or ‘whatever was explained to me, I’m saying), pronounce that she is an “illiterate and bucolic lady from a lower strata of society” and therefore if she has been tutored, “her evidence cannot be rejec­ted”? Yet, having thus ruled such tutoring acceptable, why would he pronounce in his judgement that she has “nowhere stated that...both accused were found weeping”, using this lack of tears as a sign of their guilt, when in fact in her testimony she said precisely the opposite: that she found “uncle and aunty crying...aunty threw her arms around me and started crying”?