Blue Trousers And A Heavy Payload

K. Radhakrishnan mixes the personal and the professional admirably. But his ISRO is a sanitised one and its inner workings remain hidden. 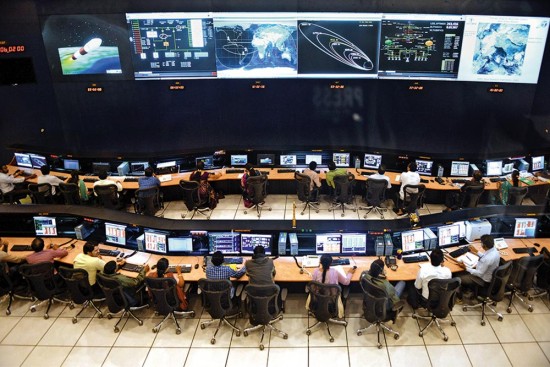 “MOM never disappoints”, was how Prime Minister Narendra Modi congratulated the scientists of the Indian Space Rese­arch Organisation at the successful insertion of the maiden Mars Orbit Mission (MOM) into the Martian orbit. September 24, 2014, at  07.47 IST, the spacecraft Mangalyaan star­ted orbiting the Red Planet and 12 minutes later, the signal was received at the Mission Control Centre.

It was indeed a remarkable achievement by any standard. With this success, India joined an elite club of three—Russia, the US and the European Space Agency—to have put a spacecraft into the Martian orbit. Noteworthily, it has been able to do it in its  first attempt and at a fraction of the cost of missions by other nations. The total cost was about Rs 450 crore (US $75 million).