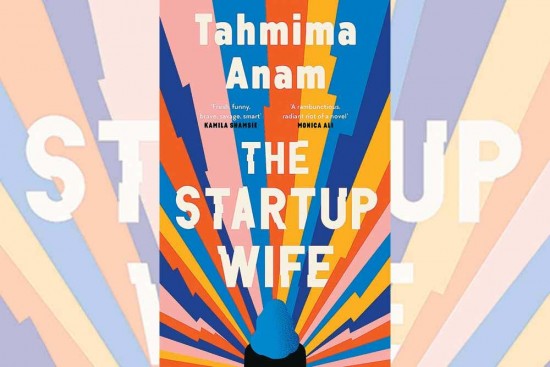 In a locked up lockdown world, we realise more the importance of social media—though we had realised this before. Facebook is the go-to place for everyone with a success story to share or a party to showcase. We live in worlds of one-upmanship and community sharing. Tahmima Anam’s The Startup Wife speaks the language of all these people—the young and the ambitious. Her heroine Asha is a Bangladeshi immigrant whose parents have bought into the American dream. Asha branches out into IT and programme coding, which she couples with an interest in philosophy. Her dream is to bring Artificial Intelligence and philosophy together in an attempt to make the rituals and traditions which dominate society accessible to all—since everyone believes in some kind of spirituality.

The online rush, with its codes of conduct and its measurable number crunching, has made programmers and influencers celebrities in the world domination game. Instagram followers and numbers of likes are the factors that make or break social media. Into this codified world comes Cyrus, Asha’s high school heartthrob, a would-be shaman drop out with a fetish for conducting rituals. It is a made for each other romance that leads into a rushed registration wedding even before the bride has time to tell her parents. It inspires Asha into new heights of codification. With the same whimsicality that inspired her to marry Cyrus she chucks her PhD and rushes into the creation of a new algorithm that can draw her and Cyrus closer spiritually.

The Startup Wife also pokes fun at corporates who take themselves too seriously--there’s a boardroom that can only be reached via trampoline, the metaphorical springboard to success.

We might ask ourselves why Cyrus is so successful, but then, good looks and blonde curls backed by a meaningful, meaningless spirituality make for great impact. It’s a bit difficult to get a handle on the man—at one level he is the at-home intellectual with no occupation but who manages to get by on sheer charisma and the memory of his dead mother, which wins the heart of his mother-in-law and neighbours. And Asha, as all brilliant Bengali women are, is besotted with her white man—she even refers to his whiteness once as he is busy relishing her mother’s okra. The Bangladeshi factor only pops up from time to time—Asha could just as well have been white without losing the ess­ence of the plot.

There is the expected world of late nights, coding and uncoding peppered by foodie experiences like vegan milkshakes and pickled drinks, not to mention timing an argument by the melting potential of Japanese mocha, all conveyed through Anam’s linguistic flourish. It is also a world with the old man-woman games and threatened meltdown at its heart, though whether obsession with social media can be called a romance is doubtful.

The Startup Wife also pokes fun at corporates who take themselves too seriously—there’s a boardroom that can only be reached via trampoline, the metaphorical springboard to success. There are all the grey areas of mergers and acquisitions and the jostling for position in the boardroom. Presumably, Anam has in-depth knowledge of this since she’s on a board herself. She also brings in trending stuff like breaking through the glass ceiling and why a consensual sex app doesn’t immediately attract funding.

For Anam the book is breaking new ground. For nerds and those fascinated by social media and its fallout, it has the right algorithm thread.