In an extract from a novel, taken from an anthology published on this centenary year of the Jallianwala massacre, Mulk Raj Anand sketches the tense, rumour-filled, febrile atmosphere in Amritsar, and the epiphanic glow of a boy’s patriotism 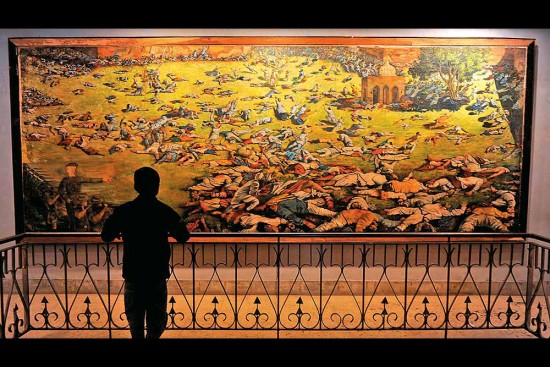 That afternoon Ananta brought the rum­our that the Commissioner Sahib of the Division had handed over the charge of sarkari administration to Jarnel Dyer Sahib, who was the big jarnel of the troops, to take steps to reestablish the Angrezi Raj again. And, of course, little knots of men and women gathered in the gulley to discuss this.

Nawab Jan said that the Judgment Day, promised in the Koran, was fast approaching. Lachi maintained that the earth may crack up through an earthquake, such as happened in Sindh ages ago. The rest of the women looked to mother for guidance, now that the army was in control. And all she could say was that the Whites ate beef and were red-faced and went to the prostitutes of every cantonment and were mostly men of bad character. They would suit some, she said, obviously referring to Devaki; as for herself, she kept the doors of her house locked from behind against any intrusion by the Tommies.