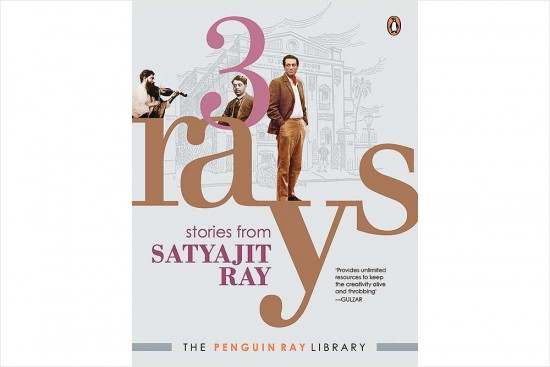 Though the book is called 3 Rays, unsurprisingly one dominates—Satyajit. This collection brings Satyajit the translator to the fore, with his rendition of his grandfather Upendrakishore, his father Sukumar, his own short stories and a few scripts into English. It also includes previously unpublished works, including stories written in English. It has been edited by Sandip Ray with new material from his father’s notebooks.

Upendrakishore and Suku­mar both wrote for children and Satyajit followed in their footsteps. The book has Ray’s script for Goopy Gyne Bagha Byne, based on Upendra­kishore’s story and has illus­trations by both Ray and his grandfather, showing the depth of Upendra­kishore’s influence. Waiting in an airport lounge, Satyajit began to translate his father’s Abol Tabol; his version of Nonsense Rhymes displays a flexibility of language that later translators might have done well to follow. Ray’s translations were first published by Samar Sen in Now magazine and later by P. Lal’s Writer’s Workshop.