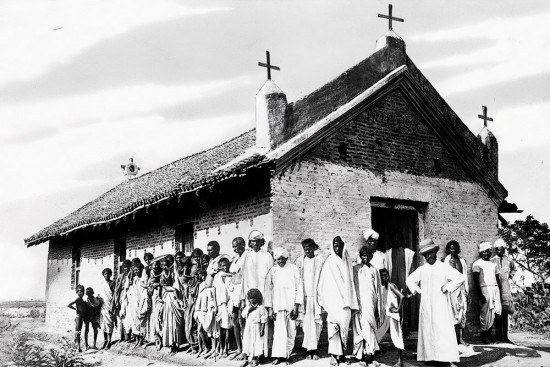 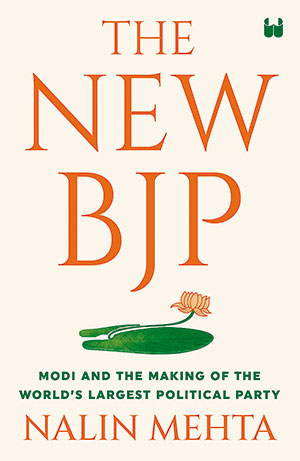 Most people know about the 1951 battle between India’s first Prime Minister Jawaharlal Nehru and President Rajendra Prasad over his decision to attend the installation of Hindu idols at the newly reconstructed Somnath Temple in Gujarat. Prasad attended in his personal capacity after Nehru objected to his presiding over the inauguration of the reconstructed Somnath temple in his capacity as head of state. What is less known is yet another public debate between India’s first Prime Minister and its first President soon thereafter over foreign missionaries and evangelical work by Christian churches. This debate unfolded in Delhi between Nehru, Rajendra Prasad, the Home Ministry and several Congress chief ministers. Coming soon after the controversy over Rajendra Prasad’s decision to attend the installation of idols at the reconstructed Somnath Temple in Gujarat, this controversy reflected yet another episode in the tensions over religion, freedom of expression, the role of the state and a Hindu backlash that animated the ruling Congress within the first decade of Independence.

The debate started with Home Minister K.N. Katju telling Parliament on 15 April 1953 that, while Indians were free to propagate their religion, the new government ‘did not want people from outside [missionaries] to come and do that’. Katju flatly declared that ‘if they come here for evangelical work, then the sooner they stop it the better’. Five months later, in September 1953, he announced that Nehru’s government had already expelled three foreign missionaries for ‘undesirable activities’. When he was questioned, Katju declared that the expelled missionaries had ‘moved about among the primitive tribes and indulged in various activities which from the national point of view were not considered satisfactory’.

Congress ministers from five states added to this narrative. The Madras state government, headed by former governor general of India C. Rajagopalachari, sent the Home Ministry a report on ‘anti-Indian’ activities by two Italian missionaries in Fort Cochin. Assam Chief Minister Bishnuram Medhi accused the American Baptist Mission of ‘abetting a foreign conspiracy to separate the Naga Hills from India and to retain it as an imperialist foothold’. UP Home Minister Sampurnanand too announced that he was consulting with the Central government about ‘concerns’ on American missionaries who, he said, had become particularly active in rural areas and on the state’s borders with Tibet and Nepal. The UP assembly’s deputy speaker, Hargovind Patel, alleged that some of these missionaries carried ‘wireless transmitters’. The UP assembly separately discussed a dispute on 250 conversions in Mathura by Catholic and Methodist missionaries, which led to the arrest of Arya Samaj activists who alleged ‘monetary inducements’. A minister from Bihar told the States Council that if Christian missionaries continued their ‘wrongful activities’, his state government would force them to leave. With a number of MPs now asking questions linking espionage with foreign missionaries, Home Minister Katju informed the Rajya Sabha that he had begun collecting data on the number of missionaries in Kashmir (his office had counted nine thus far).

Ravishankar Shukla’s Madhya Pradesh government too sent a critical report on ‘objectionable activities’ to Delhi. It alleged, Katju told Parliament, that some missionaries were engaged in ‘anti-Indian movements’, such as the ‘formation of a separate “Jharkhand State” to be affiliated with Pakistan’. Jharkhand, of course, was founded five decades later in 2000 by the BJP-led Vajpayee government (and had nothing to do with Pakistan). Such was the paranoia at the time that Katju formally warned foreign missionaries that India was not open for conversions by people who decried Hinduism as ‘hopeless[ly] idolatrous’.

Around this time, President Prasad visited Surguja (a former princely state near Jashpur) to see two new colonies for forest-dwellers built as a pilot scheme. There he met locals, some of whom seemed to have complained about conversions. A newspaper account of this meeting reported that ‘nearly 300,000 people are stated to have been converted during the last few years’ in Raigarh, Surguja and neighbouring districts. Many missionaries countered that they were being unfairly maligned. Their work, they said, was being tarnished by communal propagandists. 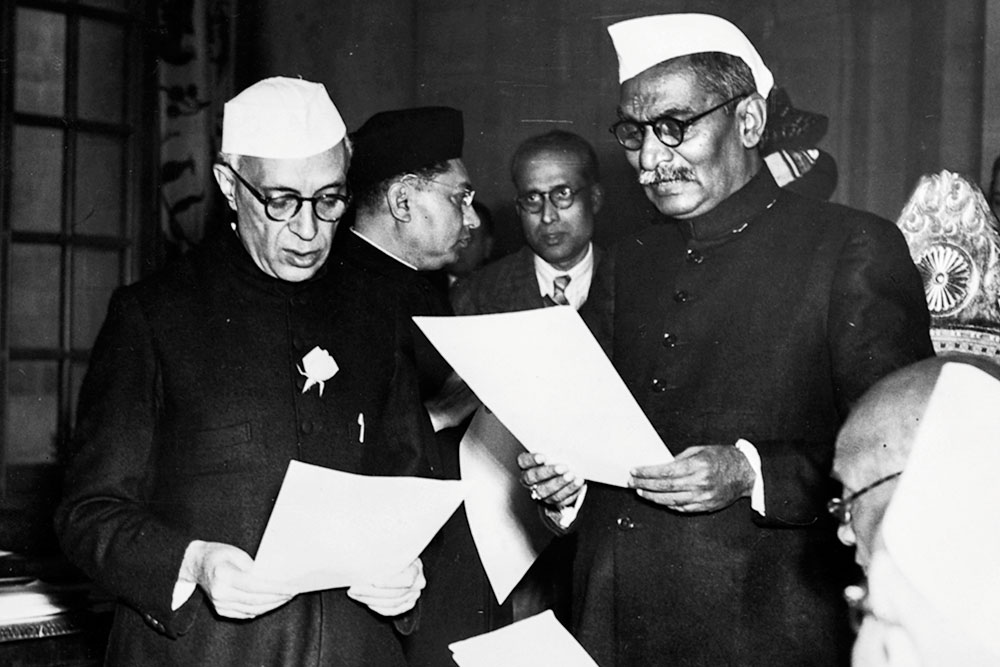 Prasad leaned into the raging debate, issuing two public statements on conversions in 1954. Speaking in open forums, the president said that India guaranteed full freedom to preach Christianity, but warned churches that ‘none’ of their activities should be inspired by a desire for conversion. In Mysore, he told church groups in a public meeting to ‘avoid activities which cause suspicion’. This hysteria over foreign missionaries arose at a time when their numbers had almost doubled after independence, to 4,683 (1947–52) compared with 2,271 (1942–47).

India’s encounter with Christianity can be traced back to the arrival of Saint Thomas the Apostle, who is said to have reached Kerala’s Malabar coast in 52 CE. There was a second phase when the first Protestant missionaries (from Germany) arrived in the Danish colony of Tranquebar on the Coromandel coast in 1706, and a third phase under the British, who introduced ‘prohibitory measures against Christian missionaries’ and drastically reduced state subsidies to them after the 1857 Uprising because ‘aggressive’ proselytising by Evangelicals was seen as one of the causes of the upsurge. Now, independent India was all astir on the issue of proselytisation. This was also the time when Nehru was formulating what came to be known as his Tribal Panchsheel Policy, influenced by the anthropologist Verrier Ewin, which broadly aimed to protect the cultures of various Indian tribes and ring-fence them from too many outside interventions.

The churches, including the Catholic Bishops’ Conference of India, fought back, saying they had co-existed peacefully in the country for centuries and that a ‘deliberate attempt’ was being made to ‘ignore the Constitution’, with ‘extremist elements’ attacking ‘Christians with impunity even with the help of the authorities’. Church groups argued that they were being unfairly maligned for political reasons.

Nehru initially reacted to the attacks on Christian missionaries by clarifying governmental policy, saying that, while there would be no religious interference by the Indian state, it had a pressing political and security imperative for imposing controls in border areas. There were nine foreign missions in border areas at the time, said the government. Nehru announced that no new ones would be allowed, though there would be no restrictions on indigenous Christian missions.

Yet, he was entirely sensitive to the impact this controversy could have on Indian Christians, their right to equality and perceptions of bias. Much like he had done in his 1951 speech in Nasik when faced with a similar debate, Nehru now despatched a powerful letter as Congress president in his monthly circular to state Congress Committees. The prime minister argued that, while he personally disapproved of conversion, he was equally opposed to the counter Hindu ‘Shuddhi’ movement. He said that while he had imposed controls on foreigners only in border areas, the debate on conversion could not but have an impact on Indian Christians. In his clearest enunciation yet of what he meant by a ‘secular’ state, Nehru told Congressmen that it signified an ‘equal’ space where ‘minority communities’ were free to practise their religion. Furthermore, he wrote, the ‘majority community’ should ‘fully realise it’ and not use its ‘dominant position in any way which might prejudice our secular ideal’. If organisations talking of a ‘Hindu Rashtra’ triumphed, he said, it would be ‘neither nationalism nor democracy’. It would be a ‘throwback to some ideas of a medieval period’, thundered Nehru. A majority’s dominance as a ‘religious community’ would be ‘totally undemocratic’, he argued, because there was ‘no chance of a minority gaining this position in a democratic set-up’. It was yet another episode in the long-standing face-off between Nehru and his party’s Hindu traditionalists on the question of Hinduism and its role in the new India.

The debate eventually ended with the Union government instituting new curbs on foreign missionaries in 1955. They would henceforth be required to take prior government approval to enter India, and would not be welcome if they devoted themselves only to proselytisation. They would also need to have suitable qualifications in fields like education, medicine and social work.

It was only after this new regulation that Raje­ndra Prasad issued a new and reassuring stat­ement to foreign missionaries. Speaking at a fun­ction to celebrate the 1,903rd anniversary of the arrival of St Thomas in India, the president of India, on 19 December 1955, said that the country had ‘no intention of curtailing their freedom or coming in the way of their missions’.

(Edited extract, with permission, from Nalin Mehta, The New BJP: Modi and the Making of the World’s Largest Political Party, Westland Non-Fiction, 2022).