Our taste for ignorance is a strategic tool for autocracies, a drug spurring mindless consumerism and turning crucial profit 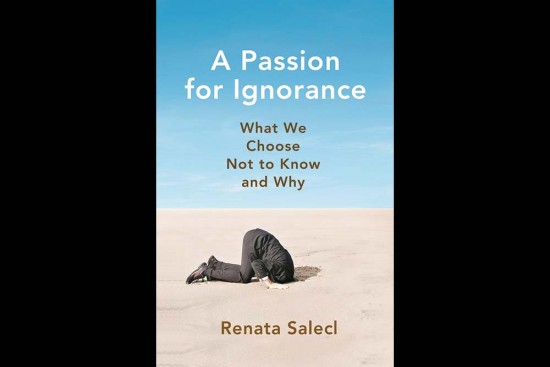 The cover picture of this pithy book says it all: ignorance could be a blissful reality as it does not involve not knowing but constitutes an abject surrender to denial in the event of reality becoming too hard or painful to grasp. Exactly like the abject denial by world leaders at the online G20 Summit in late March, proclaiming that the world ‘will overcome the pandemic’. Such collective denial has cost society lives and livelihoods as coronavirus ravages the world, confirming thereby that democracy has become a pathetic belief in the collective wisdom of individual ignorance. Renata Salecl, a professor of philosophy at the University of London, is intrigued by the overwhelming relevance of ignorance in the post-truth era when we swim in a constant surge of information and misinformation.

Ignorance is an age-old human trait that plays out in various aspects of daily life. It does seem that feigning ignorance in matters of love, illness and trauma has been critical—why being ignorant at times works better is a question Salecl explores through philosophy, psychoanalysis and popular culture. It is baffling that the so-called knowledge economy has turned upside down into an ignorance economy. As a result, ignorance holds both social and political currency that knowledge does not.