This book sees a shift in India’s Cold War-era statecraft, from Nehru’s non-alignment to Indira’s realpolitik. But both stands weren’t mutually exclusive. 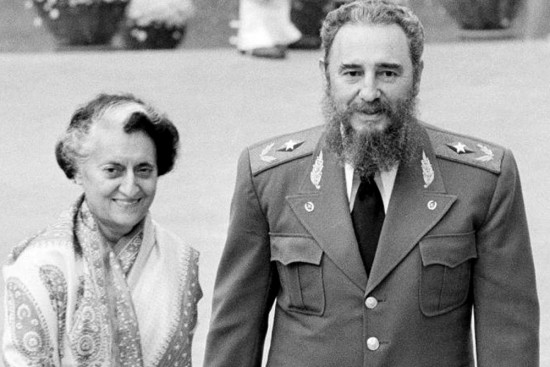 It is not often that a young scholar of international relations takes the plunge to offer original insi­ghts, based on extensive research, on the evolution of India’s foreign policy, with particular reference to the Cold War period. In Power and Diplomacy, Zorawar Dau­lat Singh has not hesitated to question the ana­lysis and assessments of prominent Indian and foreign scholars and has come up with some persuasive interpretations. He deserves commendation, even tho­ugh his conclusions may be contested. Zorawar’s main thesis is that during the first 30 years after Independence, Indian foreign policy was influenced not merely by material factors, such as economic and military capabilities and regional and international environment, but also the choices made at the ‘apex’, consisting of the prime minister and his/her small band of advisers.

The perceptions and attitudes of the leader, in this case Jawaharlal Nehru and Indira Gandhi, played an important role in determining choices made among a set of alternatives. Zorawar offers case studies of key junctures where differing world views of key actors, led to choices which the leaders handled differently. Nehru, he argues, saw India’s role as a peacemaker, upholding India’s security and its place in the world, by playing a role of moderating Cold War tensions and avoiding Asia bec­oming an area of East-West contention and possibly armed conflict. While he was not averse to taking advantage of East-West contention to advance India’s interests, he stopped short of moving closer to the Soviet Union as he might have, once it was apparent that the US had decided to arm Pakistan to balance India. To him that would have meant India too becoming a participant in the Cold War. However, faced with the 1971 Bangladesh crisis, Indira Gandhi had no hesitation in aligning much more closely with Moscow to take advantage of the strategic opportunity the crisis offered India. Similarly, her unsentimental incorporation of Sikkim into the Indian Union is contrasted with Nehru’s overall approach of conceding political space to the Himalayan states. She was a “security seeker”, with a narrower focus on India’s subcontinental interests and willing to exploit the balance of power. As Zorawar writes: “The central argument of this book is that this change in Indian statecraft resulted from a change in regional role conceptions from the Nehru to Indira Gandhi periods. Role conceptions emerge from policymakers’ beliefs and images relating to their state’s interaction with its external environment.”