This study busts the persistent myths about colonialism, also detailing how many Britons turned against their empire’s endless oppression 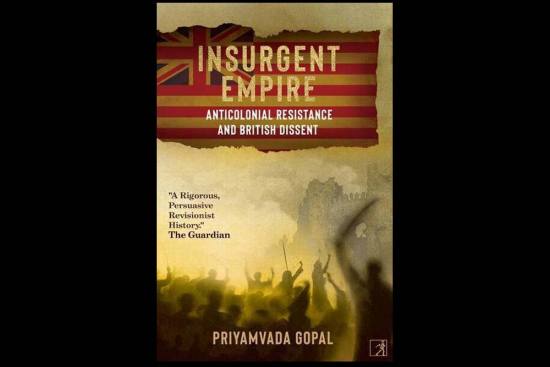 There is an unmistakable stamp of authority in Priyamvada Gopal’s compelling history of self-dete­rmination by colonial subjects in her magisterial Insurgent Empire. Having courted con­­troversy in questioning historian Niall Ferguson’s assertion of the British Empire’s “benevolence” over its subjects on an infamous 2006 BBC show, Gopal has shown courage of conviction by confirming that colonised peoples were active agents in their own liberation. Insurgent Empire is a credible revision of colonial history.

Gopal lends an authoritative rejoinder to the old, entrenched view that the empire was a necessary undertaking to ‘civilise’ natives. Historical accounts provide evidence to the contrary, with colonised people remaining hostile towards any such undertaking. In the words of lawyer and jurist John Bruce Norton, who claimed to have foreseen the great 1857 Mutiny, the pedagogic value of the sepoys’ asking the British to examine their own bet­rayals called for a certain kind of reverse tutelage, seeking the opp­ressor to learn from the opp­ressed. It was a call for the ruling elites to bend their ear low to their subjects—to listen and integrate. In contrast, the enclaves of power did just the opposite.