Go Softly In A House Of Spies

A comprehensive and crisply-written biography of R.N. Kao mirrors the warm individual, his formative assignments and the fine webs he’d later weave 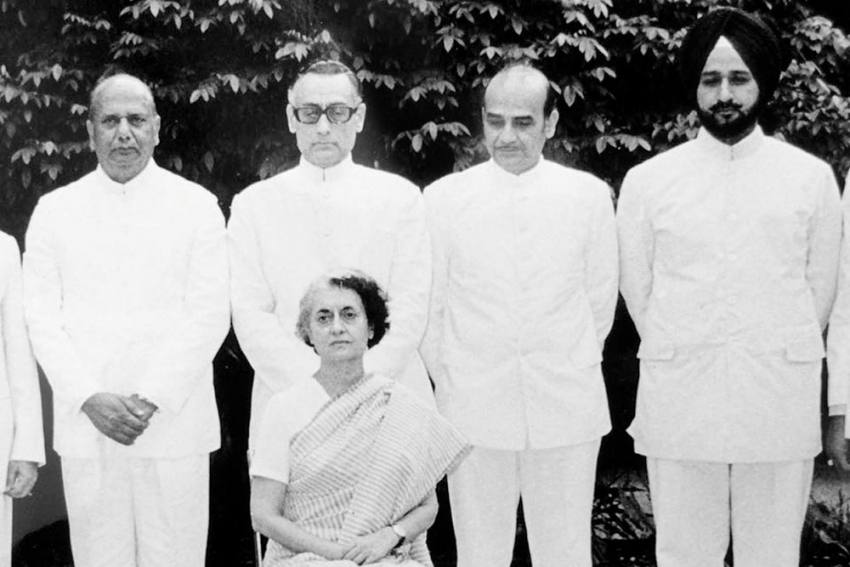 Former PM Indira Gandhi with R.N. Kao (behind her) and other RAW members
Vappala Balachandran January 23, 2020 00:00 IST Go Softly In A House Of Spies 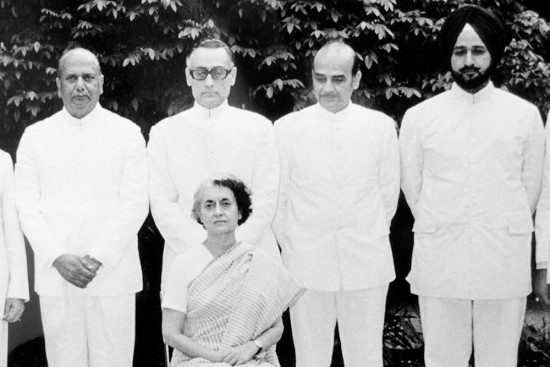 I started knowing well the late Rameshwar Nath Kao after 1977, when his erstwhile bur­ea­ucratic entourage deserted him to loneliness. I also witne­s­sed the same circles flocking around him in 1981 on his app­ointment as ‘senior adviser’, only to abandon him in 1984 after Ind­ira Gandhi’s assassination.

A secret of his success was his disinterest in projecting pers­onal power and achievements despite the extraordinary aura related to his position in those days. He thought big for the country, chose suitable means and persons for reaching the highest foreign echelons, and delegated without obs­essive supervision. He was ele­gant without being ostentatious, affectionate without being haughty. He did not splurge on secret funds nor did he create a huge supervisory security structure in his second assignment, which he could have. Above all, he was always a warm and kind man.

Like John Le Carre’s George Smiley, he was willing to discreetly assist the organisation he had created, whenever his successors requested. He had nominated me for some of the most exciting but exacting ass­ignments while in office and later. I kept in touch with him even after my retirement in 1995, till a few months before his death in 2002.

It is not easy to write on the milestones in a spy chief’s life when most of it is under the shadows. Some try to cover the gaps by writing hagiographies, like the 654-page tome on CIA Chief Allen Dulles by James Srodes. Others do the opposite through unflattering, sensational biographies, like Anthony Summers’s volume on FBI director Edgar Hoover’s secret excesses.

The elegant Kao chose suitable persons for reaching the highest foreign echelons, delegated without obsessive supervision and did not splurge on secret funds.

However, Nitin Gokhale is refreshingly different. He modestly cautions the readers that his book is neither history nor a detective thriller, or even a comprehensive chronicle. Yet his jargon-free style captures the essence of Kao’s character, his low-profile communication style through ‘understatements’ and his successes and reverses. It is commendable that Nitin is able to unmask considerable details of Kao’s unpublished life within such a short time, no doubt with RAW’s cooperation. As a person who knew Kao well, I could safely imagine that had he been alive, he would have approved Nitin’s factual book without any embellishments.

Nitin’s research into Kao’s early life, his challenging assignment in 1955 of representing India during the ‘Kashmir Princess’ bomb attack investigation and his service under President Nkrumah of Ghana from 1958 for setting up their foreign intelligence unit was very informative even to RAW old guards. Details of Kao’s Ghana assignment (1958-59) were also a surprise to us as we thought that he was only asked to set up and train their foreign intelligence officers and not actually conduct intelligence operations as the de facto head of their intelligence wing.

The ‘Kashmir Princess’ probe brought him in close contact with Chinese premier Zhou Enlai, who was the prime target of the bombing. That was Kao’s first exposure to the byzantine character of foreign intelligence. He had to set up a labyrinthine, three-way communications system with top leadership in Hong Kong, China and Indonesia. He also had to adjudicate between an evasive, British-controlled Hong Kong and Zhou’s demands. While Hong Kong was not keen to blame Taiwanese intelligence even while wanting Kao to reveal the Chinese mind, Zhou wanted him to influence the British investigation to suit his intelligence conclusions.

From Nitin’s account it is clear that Kao knew in 1955 that Zhou was deeply connected with Chi­nese intelligence. That proved correct when French journalist Roger Faligot claimed in 2019 that Zhou was in fact the founder of the special operations division ‘Zhongyang Teke’ or ‘Teke’ under the pseudonym ‘Wu Hao’. In 1920, Zhou was operating a Chinese ‘Hakka’ spy ring from Paris under the false identity of British businessman Stephen Knight. It invo­lved Chinese ‘student-workers’ studying scie­nce in Fra­nce, Belgium and Germany, like Deng Xiaoping, and four future marshals in PLA like Chen Yi, Ye Jianying,  Zhu De and Nie Ron­­gzhen, who would later direct China’s atom bomb project. Faligot also says that Zhou cancelled his flight on Kashmir Princess on being alerted by his spies in the Hong Kong police.

Nitin’s mention of Kao’s observation that Zhou did not have good feelings towards Jawaharlal Nehru was also remarkably correct. It is commonly believed that Zhou and Nehru were great friends in the 1950s. This is disproved by top secret White House record of the ‘memorandum of conversation’ dated February 23, 1972 between President Nixon and PM Zhou (Declassified in 1996), revealing the depth of Zhou’s anger against Soviet Union and Nehru. The first thing Zhou did was attacking Nehru as the aggressor; Nixon—no lover of India himself—had to restrain his uncontrolled tirade. Nitin quotes Kao to mention that Nehru too was aware of the Chinese threats, which was later confirmed by Howard B. Schaffer’s 1993 biography of former US ambassador to India Chester Bowles (1951-53 and 1963-69).

The book mentions Kao’s expert handling of external publicity through PSY-Ops during the 1971 war. It also mentions how RAW chief Suntook took the help of Kao to persuade Homi Sethna, then chairman of Atomic Energy Commission, to advise PM Morarji Desai in 1977 not to sign the Nuclear Non-Proliferation Treaty. I was chosen by Kao, who had by then ret­ired, to convey the message to Sethna.

Details of Kao’s ghana assignment surprises old RAW hands. We thought he was there to set up their foreign intelligence, not that he conducted operations as its de facto head too.

A similar incident happened in July 1981, indicating Kao’s strategic vision, which I forgot to mention to Nitin when he interviewed me. None, not even our closest foreign allies, would believe us when we were telling them through diplomatic and intelligence channels about the Pakistani clandestine bomb project. We then came to know that the New York Times was doing an investigative project on the ‘Islamic bomb’ with the help of BBC’s Panorama. Kao, who was not yet security adviser, advised Suntook to direct me to approach a senior Paris-based journalist for arranging a meeting with the New York Times team, a very unusual step. As a result, authors Steve Weissman and Herbert Krosney met me in a Paris restaurant in July 1981 to get an exhaustive briefing on what RAW knew about Pakistani project. This was published in 1981 itself as The Islamic Bomb (Times Books). My interview was mentioned, not my name.

Nitin quotes Pupul Jayakar that Indira Gandhi was aware of the danger from foreign governments to her family after Bangladesh’s Mujibur Rahman and his family were assassinated in 1975. Kao had corrected Jayakar’s impression that the danger would “come from Indian recruits who are likely to act as stooges of foreign powers”. By 1981, Indira Gandhi had changed her assessment. On May 8, 1981 she told A.C.N. Nambiar, one of her closest confidants from 1935 in Zurich that “She did not worry of her safety” and that he “may convey this to Kao”. Nambiar, whose biography I wrote in 2017, was also a close friend of Nehru and a trusted colleague of Netaji Subhas Chandra Bose in Europe.

(The reviewer is a former special secretary, cabinet secretariat)