Poem A Day: Gulzar’s Epic Is A Tribute To Poets In Indian Languages 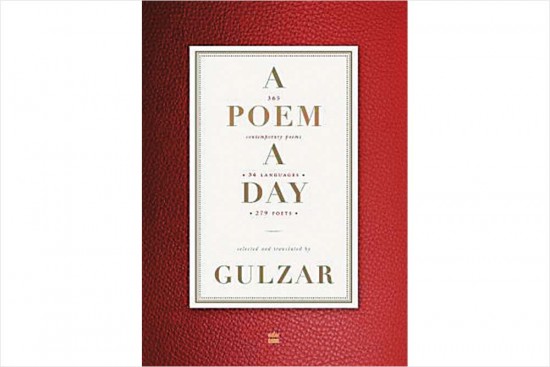 It is a truism much ack­nowledged that translating Indian poetry into English is a task fraught with peril for, quite apart from the differences in literary cultures and sensibilities, there is also the matter of syntax and silences peculiar to our languages but alien for the English reader. And so, what is tremulously evocative in the original can come across as pedantic, if not banal, in its English translation. To attempt the task with a swathe of languages, including dialects like Sambalpuri, Khasi, Maithili, Konkani, among others, speaks of a poetic vision that is as vast as it is inclusive.

Unlike any other anthology of contemporary poetry in its scope and imagination, this large, handsome book lives up to the promise of its imposing appearance. Its contents include the works of 279 poets from 34 languages written in the seven decades since independence. Its editor, Gulzar, enjoys a formidable reputation as a film lyricist and a writer of poetry and fiction that has held up a mirror to the world. Here, he excels not just in his selection but in going a step further--not content with collecting available English translations of vernacular poetry, he has translated many of the non-Hindi/Urdu poems himself into easy Hindustani, making this a bilingual edition like none other. In doing so, he also makes a passionate plea for making Hindustani–rather than English–the link language.