This book, while depicting the pain and suffering of those left out of Assam’s NRC, establishes official arguments and figures as fallacious 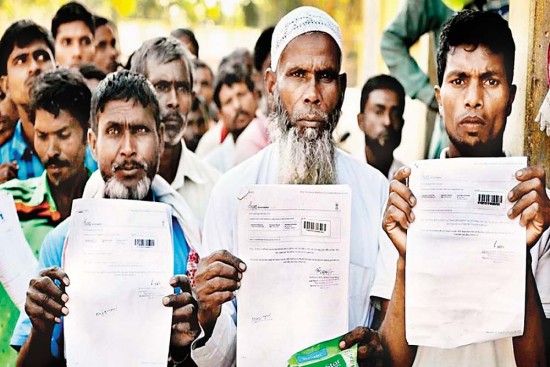 A few weeks after the 2012 Bodoland anti-Muslim riots, I was in Assam for the first time, reporting on its aftermath. That riot, like several others in Assam, was but a manifestation of the xenophobic politics there, since independence, in the name of illegal immigration and “doubtful” citizens. I have since followed developments in Assam, which has only deteriorated as the rev­ision of the National Register of Citizens (NRC) progressed.

Assam has consistently garnered media attention in the past few years in the wake of the Supreme Court-monitored rev­ision of the NRC. There, however, remains a huge gap in the understanding of the ground realities of the manmade cat­astrophe that is otherwise deemed as a sensitive matter by most Assamese nationalists. No Land’s People: The Untold Story of Assam’s NRC Crisis, written by Guwahati-based journalist Abhishek Saha, hopes to reduce this gap by documenting “the unfolding human crisis in Assam”.