In Great Hindu Civilisation, Pavan K. Varma says academic elite is leading judgements on Hinduism without making an effort to understand the intricacies of the religion itself. 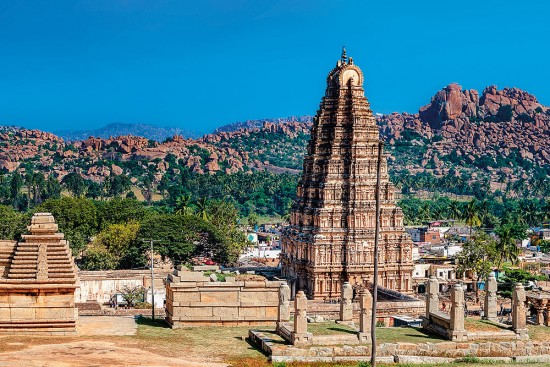 “The fact that a great Hindu civilisation existed, and con­ti­nues to exist, is not in doubt. It is marked by great antiquity, substantial—even unprecedented—refinements, audacity of thought, and achi­evements both in the spiritual and secular realms. This does not mean it is unblemished, and objectivity demands that the ble­mishes too must be taken into account.”

That’s how Pavan K. Varma, one of the keenest observers of the zeitgeist, chooses to preface his new book. Varma, who has served as a diplomat and Member of Parliament, and is a well-known columnist, is extremely sensitive to the life and times in which he is living. He has written extensively on mythological and historical figures such as Krishna, Yudhishthir, Draupadi and Adi Shankaracharya. After decades of writing, in which he has penned the biography of Ghalib and translated the poems of Kaifi Azmi and Gulzar, Varma has now set his eyes on exploring the social and cultural history of Indian society.

With the arresting cover of a Chola sculpture in bronze, highlighting the popular image of Shiva as Nataraja on a saffron background, the cover by itself is a reflection of what is inside the book, and of nat­i­onal debates on the ideas of nationalism and pluralism. It is a timely addition to discussions extended in many books by the likes of Amartya Sen, Manu Pillai, Namita Arora, Shashi Tharoor, U.R. Ananthamurthy and Zareer Masaani. The current political milieu has given the people a voice to raise a plea to rel­ook at the history of India and its making. This book shows a shift in the multifaceted civil servant’s interest in literature and poetry to contemporary political and cultural conversations that have engaged the public.

In some ways, it’s a continuation of his earlier book Being Indian: Inside the Real India. But The Great Hindu Civilisation moves many notches upwards in a linear manner. Varma has five distinct layers to the book in the form of six chapters: Hindu Civilisation: Myth or Reality; The Audacity of Thought; The Realm of Ideas; The Islamic Conquest; British Rule and its Aftermath; and The Challenge of the Modern Republic. I particularly enjoyed the way he has laid out the meta-narrative in an engaging style. He is a great communicator who writes in an easy manner to portray a landscape of Indian history beginning from the Hindu civilisation, to the height of Bhakti philosophy, Islamic conquest, British conquest and finally raising the challenges that the diverse sectarian palette poses on the modern republic. The chapter named The Audacity of Thought is dedicated to the rich knowledge of Indic wisdom and philosophy. He celebrates the power of females and males through the anthropomorphic figure of Shiva when he brings up through Shankara’s text Soundarya Lahari:

O Bhagwati
Only if Shiva is conjoined with You can He create
Without You, O Shakti, He cannot even move
O Mother, Hari, Hara and Brahma worship You
Only because of my virtuous deeds in the past
Can I salute You

Varma, who has also written Adi Shan­karacharya: Hinduism’s Greatest Thinker, gives a preview of the extensive knowledge system manifested in Hindu civilisation and belief system to denote how it diminished with the arrival of modernist political leaders and academicians. In the large and diverse list of authors, Varma has read and reflected upon authors ranging from Ananda K Coomaraswamy, Fritjof Capra, Girish Karnad and Kapila Vatsyayan to Gurcharan Das, Jawaharlal Nehru, Sunil Khilnani, Mahatma Gandhi and Tony Joseph, to name a few. In fact, what Varma presents is a veritable feast of writers who have been part of the Nehruvian vision of post-independence India to historians who are relooking at the long tradition of Indian history, culture, and civilisation.

Varma feels Hindu religion and civilisation weren’t glorified abroad as Indians were not keen to understand their past.

Like popular debates which comprehend the first prime minister of India, Jawaharlal Nehru, as the torchbearer of India’s colonial burden, which saw India’s past as a monolithic entity, Varma sees the academic elite as leading the judgments on the religion of Hinduism without making an effort to understand the intricacies of the religion itself. He understands the British colonial rule of 200 years as the period which marked the denial of the history of Hindu civilisation. Varma cites the example of school and university textbooks, where Hindu kings like Krishnadevaraya of the Vijayanagara dynasty or Raja Raja Chola I, are not given due status, or “no attempt was made to focus on the political insights of Kautilya’s Arthashastra or the Shanti Parva of the Mahabharata”.

He continues to mention that the corpus of William Shakespeare was preferred, but Indian playwright Kalidasa was kept in the shadows. Neither the great Indian epics, Ramayana and Mahabharata received critical attention, nor were the celebrated lyricism and philosophy of Tulsidas’s Ramcharitmanas given due credit. Varma holds the opinion that Hindu religion and civilisation never managed to receive glorification on the international platform because people of India were never keen to understand their past. The texts, philosophy, art and architecture have been the manifestation of this Indic wisdom that was never dealt with by academia in a holistic manner.

The author sees the deep layers of Hinduism as the main reason why elites have remained away from its analysis. Instead of trying to comprehend the history of India or the complexity of Hinduism, British colonisers tagged it as a relic that needed refinement. Varma sees the position of current academic elites, both homegrown and Western, as the same, i.e., lacking true understanding of  Indian civilisation.

Varma is well aware of the polarised views on Hindutva and Hinduism, on which the two extremes—right and left—div­e­rge, and tries to present what a balanced view should be

Varma is very much aware of the polarised views on Hindutva and Hinduism, on which the two extremes—right and left—div­e­rge, and tries to present what a balanced view should be. But what makes the book really interesting is the fact that it does not strictly offer an affirmative answer to questions raised in the current political milieu. Instead, as the title suggests, it keeps engaging in conversations while giving a sense of what Indians have achieved and neglected.

Varma concludes the book with the thoughtful mantra of peace and prosperity:

Together may we be protected, together may we celebrate,
Together may we grow from strength to strength
May our knowledge be illuminated, and take us away from hate,
Om, let there be peace all around and within me.

(This appeared in the print edition as "Revivalist Intervention")