Boys Don’t Want To Be Gentlemen 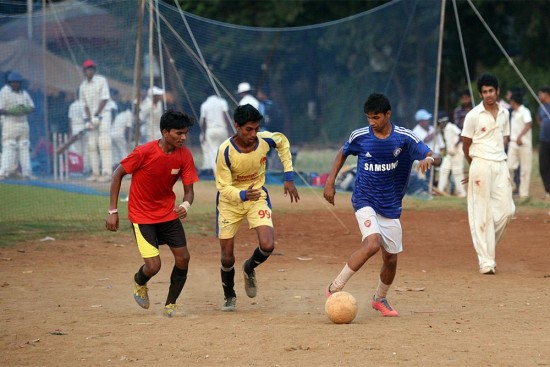 This weekend it would be known if Sunil Chhetri’s Bengaluru Football Club makes history, or breaks hearts, in Doha when it faces the tough Iraqi team Al-Quwa Al-Jawiya in the Asian Football Confederation (AFC) final. But whatever the outcome, the fact that an Ind­ian club is in the final of the AFC has disrupted many sports fans’ worship at the altar of cricket, forcing them to cast a surprised, sideways glance at the world’s favourite game. Last month, India touched 137th at the FIFA rankings—the goalpost may be far yet, but it is our best position ever.

So, is the ‘beautiful game’ luring fans in India beyond its pocket boroughs in Goa, Kerala, the Northeast and Bengal? It’s on the rise, says Chhetri,32, also captain of the Indian team. He feels the stirrings of a footballing revolution, though he treads cautiously. “There’s a steady surge in the country with relation to football’s popularity and it’s on its way to snowballing into something big,” Chhetri tells Outlook. “Whether it will get as big or more popular than cricket is anybody’s guess but the signs are all there.”