Smart renewal in Varanasi must respect its spiritual-urban geography 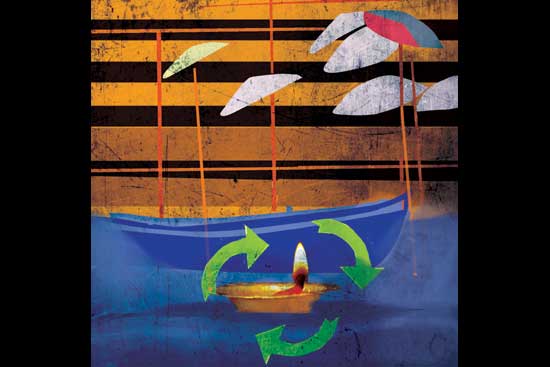 At the turn of the century, a series of world conferences witnessed numerous debates addressing the renewal of historical cities. Arnold Toynbee, the distinguished historian, once remarked that “cities can survive and prosper only as they meet challenges of the current age and they need to be renewed every 100 years”. It is extremely convenient to develop templates as part of development projects; however, the challenge is to tailor and align such projects with the inherent character defining each city. The Kyoto to Varanasi agreement set off by Narendra Modi in Japan is a bold step. But, one wonders how this will happen—the inherited complexity of Varanasi or Kashi or Anandvan or even Banaras needs to be kept in mind.

Enthusiasts must be aware that no one wants to move out of the spiritual-emotional-urban geography of Kashi, which is also perceived as the moksha sthan, for this is the borough where one’s soul is freed from the cycle of life and rebirth. It includes the riv­er­front, along with its onion-like layers in the interconnected backlanes of Kashi. Along this space run the pedestrian paths, streets and a colonial-era sewage system. The riverfront and the dense neighbourh­ood and clogged streets along it remain dirty and congested right through to the central area of the city from Assi, Lanka to Gaudauliya. The stretch includes the heart of the historical city and stretches for kilometres but excludes the banks of the Ganga on the other side contiguous with Ramnagar.