At Least The Black Market Is Working!

As the government’s health system collapsed, merchants out to profit kept the oxygen moving, making a killing from the killing 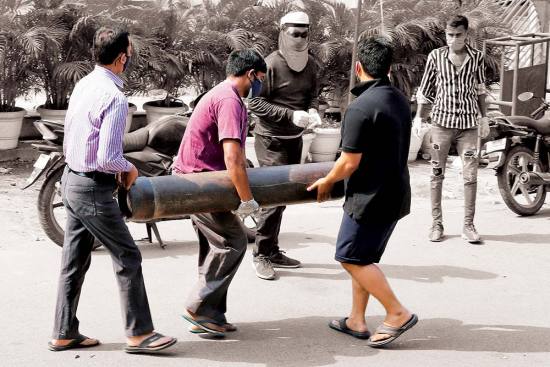 Even before the Centre acted to manage the pandemic last year, unscrupulous private traders were ready to fleece the unsuspecting and suffering people. The Centre was unprepared; the merchants had everything in place. It was in end-March last year that the Narendra Modi government declared the first nationwide lockdown. By then, the private sellers had imported and hoarded the key devices and ingredients needed by COVID-19 patients. Later, they sold them at fantastic profits.

Consider the case of oxygen ­concentrators, which are in huge ­shortage during the current second wave of the pandemic, and led to the deaths of thousands of people—at homes, on the streets, in parking lots, and at hospitals’ reception areas. The import of such therapy apparatus, as they are called, shot up by three times to 1.74 million units in 2019-20 or ­before the first lockdown. In 2020-21, they further zoomed to 2.5 million units, a five-fold increase of the 2017-18 imports, a clear sign that the traders were smarter than the government.