Indian Richie Rich: A Billion Bucks Worth Of Brash And Brilliant Minds

The New India story is all about youngsters with new ideas and fire in their belly launching startups and creating wealth that is inclusive. 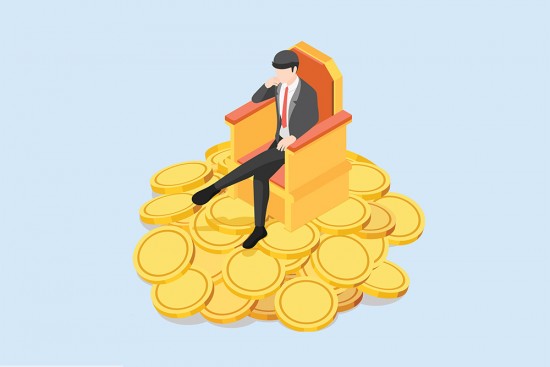 Sample this CV. Shashvat Nakrani. Age: 23. Co-founder, BharatPe. Assets: Rs 1,700 crore. Began: 2018. Hurun India Rich List 2021 rank: 714. When Shashvat Nakrani decided to drop out of IIT in 2018 to become an entrepreneur, his family in Bhavnagar was worried. Three years later, at 23, Nakrani, co-founder of BharatPe, has emerged as the youngest billionaire in India, as per the coveted ‘IIFL Wealth Hurun India Rich List 2021’.

The youngest entrepreneur on Hurun’s first list 10 years ago was 37 years old, and in 2014, 29 years old. Last year, 26-year-old Ritesh Agarwal of Oyo Rooms was the youngest. Significantly, in the latest list, there are 13 billionaire entrepreneurs who were born in the 1990s. They all have assets worth at least Rs 1,000 crore each.

About three decades since liberalisation, India is witnessing the rise of new kids on the billionaires’ block, whose one idea has been enough to turn around their fortunes.

Experts believe wealth creation now appears to be inclusive, with new entrepreneurs and professionals from all walks of life coming forward with unique mantras to hit the jackpot. The status and fortunes of the entrepreneurs of the digital age are growing at a rate difficult to imagine just a few years ago. Young people now start writing success ­stories bef­ore they turn 20 and become an inspiration to others at the age of less than 25.

With their Midas touch, they are conquering the world by setting up new types of business models. According to Hurun’s list, 1,007 Indians have assets of at least Rs 1,000 crore. Of these, 659 entrepreneurs are self-made.

They have all demonstrated a remarkable zeal to overcome all obstacles before reaching the top. Not afraid of failures, they actually appear ever ready to face them. Ankush Sachdeva, Farid Ahsan and Bhanu Pratap Singh of IIT-Kanpur’s real-life 3 Idiots founded ShareChat in their 14th ­attempt, after tasting failure 13 consecutive times. Failure is just a stepping stone to success for them, they say.

Since the beginning of liberalisation in India in 1991, the number of entrepreneurs has increased by leaps and bounds. Prior to the economic glasnost in the country, most of the ind­ustries were controlled by the government. Liberalisation changed that and now, the digital age has ­accelerated the pace of change. Unlike traditional businesses, the young ent­repreneurs do not need big capital to set up their gharana. They have options like private equity firms, angel investors, venture capital and crowd-funding to move forward. It has also become easier for them to raise foreign funds. In fact, foreign investors themselves are ­coming ­forward in the hope of higher returns.

For decades after Independence, business activities rema­ined confined to select households while the majority of the people remained focused on salaried jobs. Now, youngsters from all walks of life and communities are ready to take risks. And they are getting their reward as well.

According to Venture Intelligence, a firm that tracks valuations of private companies, there are 70 unicorns in India ($1-billion valuation), of which 33 have achieved this status in 2021 itself. This also shows that domestic and foreign investors are reposing trust and investing in Indian startups. The unicorns of this year include ShareChat, Urban Company, BharatPe and CoinDCX whose founders have been included in Hurun’s special list of 13 people. The founders of Unacademy and Razorpay, which became a unicorn last year, are also on the list.

Apart from laughing all the way to the bank, they are also making the lives of other young people better. Oyo Rooms founder Ritesh Agarwal changed the face of cheap hotels. When the pandemic caused the lockdown, startups like Byju’s and Unacademy opened up new avenues of online education. With BharatPe’s solution, shoppers no longer need to have separate QR codes for different payment apps. Razorpay brings an ‘all-in-one’ payment solution for small businesses.

They also involve others in their success. Anas Rehman Junaid, MD and lead researcher, Hurun India, tells Outlook, “Successful ent­repreneurs such as Kunal Shah, founder of CRED, and Binny Bansal, co-founder of Flipkart, are investing in Indian startups. Some of them also help through charity. The Kamath brothers of Zerodha are donating over $100 million over a period of three years. I personally know many such young entrepreneurs. This had happened some time ago in China. Now, its impact will be seen in India too,” he says.

The trend is likely to continue as the young entrepreneurs look set to be drivers of the new economy. According to Junaid, “This is the story of the development of New India. Startups will lead to wealth creation in the next decade. The best part is that this wealth creation will be inclusive. You will find new entrepreneurs, women and ­professionals in the ‘rich list’.”

Age, needless to say, is no bar! 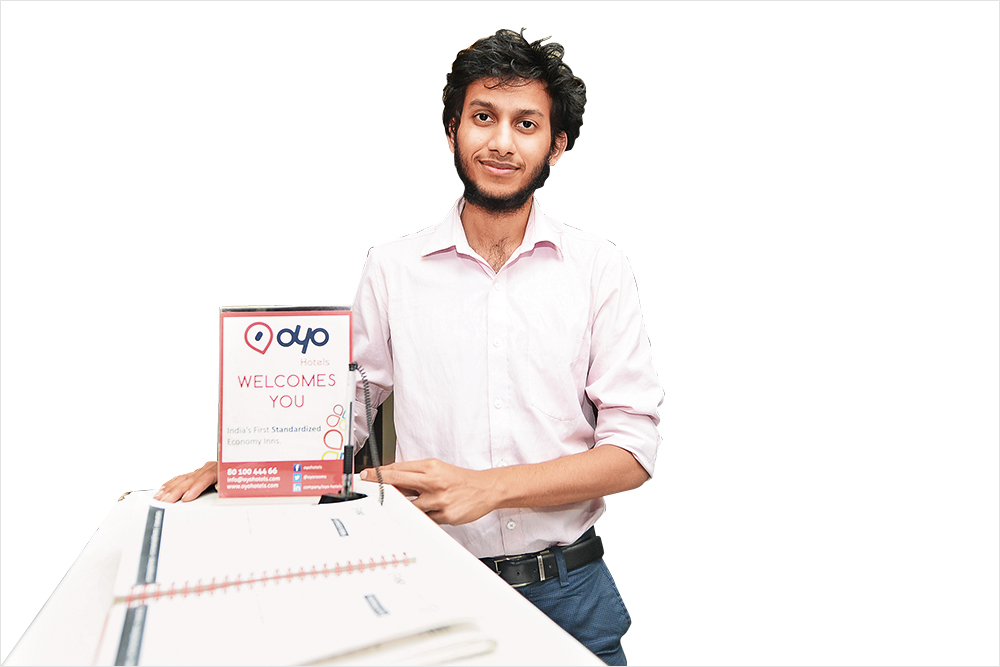 Passion is key to success Growing up in Raigad, Odisha, Oyo Rooms founder and CEO Ritesh Agarwal, the world’s second-youngest billionaire, came to Delhi in 2011 to enroll in college, but dropped out midway. By 19, he had dreamt up Oyo, when, on successive trips across India, he could find few good hotels at affordable rates. Starting in May 2013 with a hotel in Gurgaon, his ­company now has tie-ups with thousands of ­properties across segments all over the country. 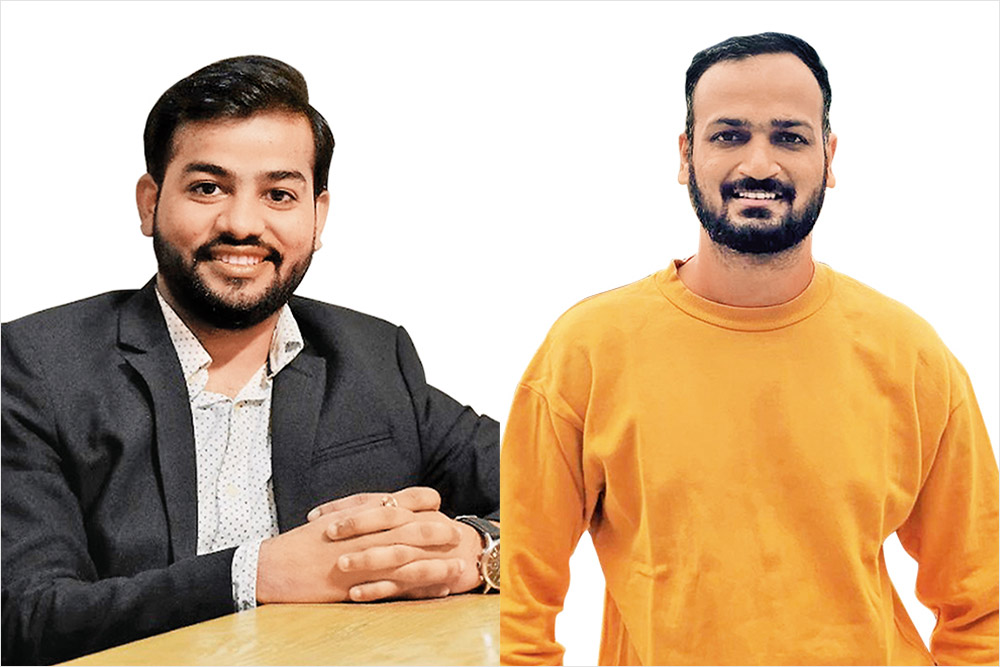 Trending Cryptocurrency IIT Mumbai students Sumit and Neeraj knew each other since 2007, while they were preparing for the IIT entrance exam in Kota. Both wanted to become entrepreneurs. After his degree, Neeraj joined his family business to understand its nuances, and then a few startups which helped him grasp the technology. Meanwhile, Sumit joined an MNC in Tokyo. In 2014, when Bitcoin was making headlines, Sumit was drawn to blockchain technology, and soon hit upon the idea of bringing different cryptos on a single platform. Soon, they launched the crypto exchange CoinDCX in April 2018. But with RBI banning crypto transactions soon after, they found themselves without any liquidity. Then in March 2020, after Supreme Court lifted the ban, the cryptocurrency market started growing fast and attracting investors. CoinDCX hasn’t had to look back since then. 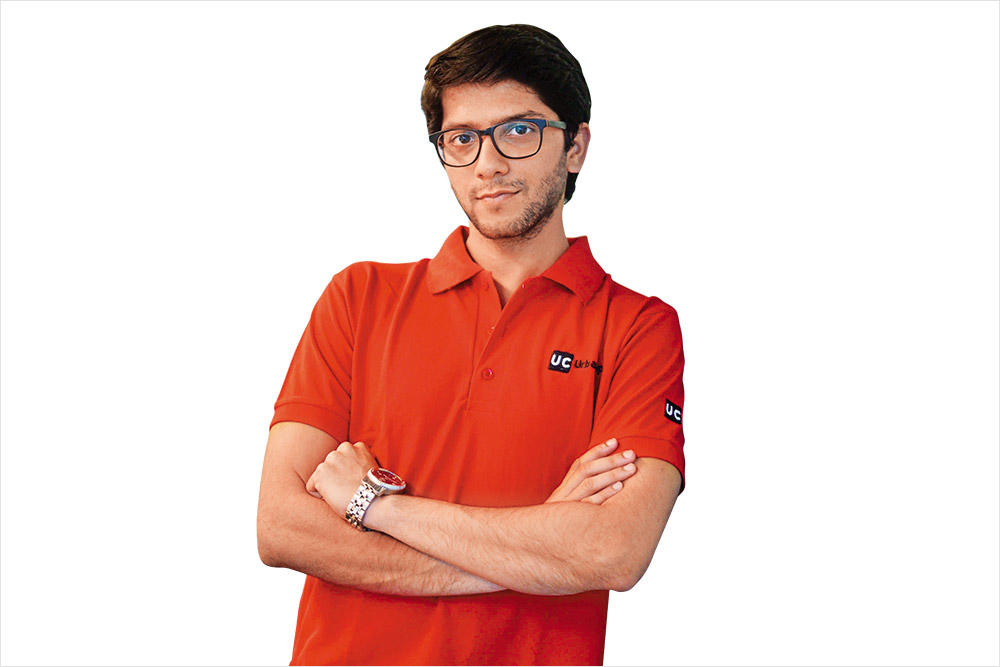 Necessity, the mother of invention Urban Company’s origin story is quite ­interesting. CEO Abhiraj Bahl and COO Varun Khaitan had just launched movie streaming business Cinema Box, when they met Raghav Chandra who was then working on autorickshaw ­aggregator Buggy.in. While Raghav ­offered both to join Buggy, Abhiraj and Varun asked Raghav to join Cinema Box. All three ­refused, but after a few months, when both businesses stalled, the trio joined hands to launch UrbanClap in November 2014. Today, it has its presence in 44 cities in five countries, including 36 in India. 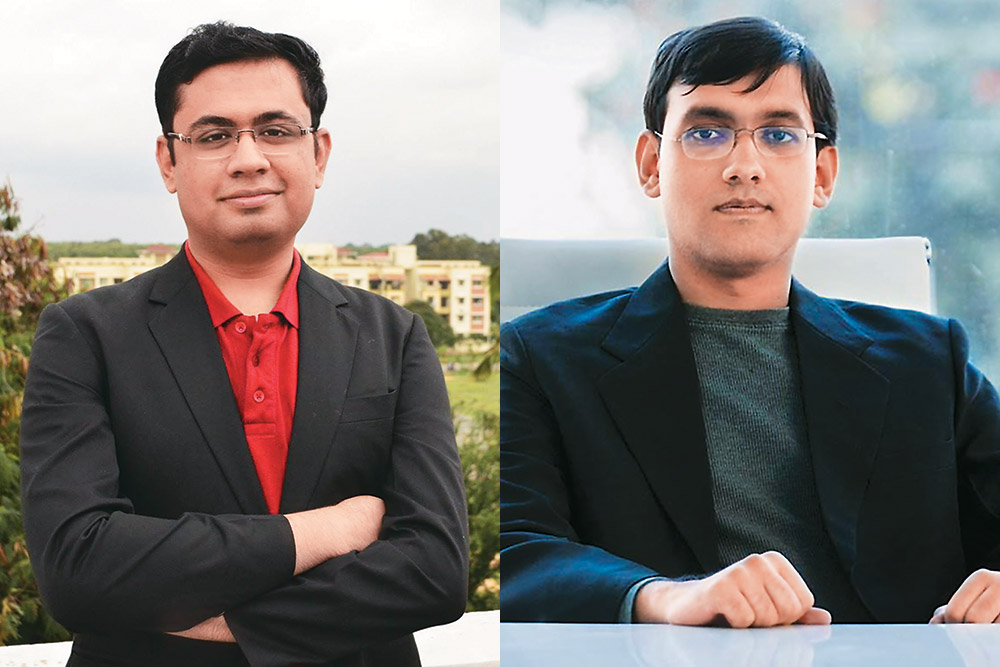 Banks refused, but they did not give up During their BTech at IIT Roorkee, Harshil and Shashank worked together on many projects. Afterwards, Harshil joined Schlumberger in West Asia, while Shashank joined Microsoft in the US. But they kept collaborating on part-time projects. In 2014, when they were building a crowd-funding platform, they realised that transactions on most online payment gateways was way too difficult—especially for startups and small companies, and came up with the idea of creating an easy payment gateway. That’s how Razorpay was launched in May 2014. 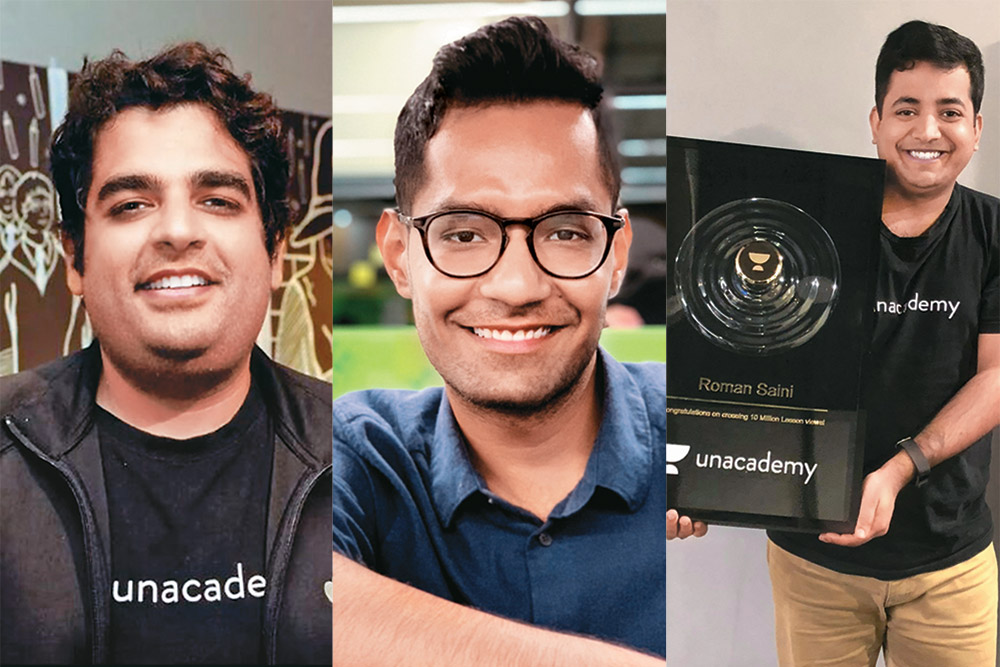 Gaurav uploaded his first short computer programming tutorial on YouTube in 2010 while still pursuing a BTech in computer engineering. When it got a good response, he uploaded more tutorials, and continued to do so, eventually leading to the launch of Unacademy as a YouTube channel.

Soon, his friends Himesh, an engineering graduate and a colleague at Flatchat, and Roman joined him. With schools and colleges closed due to Covid-19, edutech grew rapidly last year. Unacademy itself acquired six edutech firms and expanded to Indonesia and Brazil.

(This appeared in the print edition as "The Richie Rich Club")