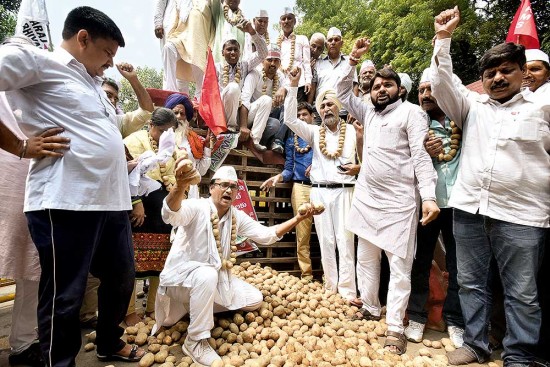 For two decades, India has witnessed jobless growth. The previous four governments tried to correct the situation, but they failed because electoral considerations forced them to take wrong decisions. They missed the woods for the trees. The politics of jobs ensures that deci­sions do not lead to positive economic returns, either in terms of higher employment, or remunerative jobs. In their quest to create jobs, governments look at manufacturing as a panacea. This is because the impact of investments in factories is immediate. Everyone can see it; a few jobs are created too. Unemployment is also a perception game. Even if the ever-growing queue of the unemployed crawls, there is hope. Those far away from the counter feel their chance will come some day. Industrialisation leads to this perception effect, which is electorally beneficial to the rulers.

Sadly, this is a myopic approach. The broad picture proves that employment in manufacturing has either reduced, or only inched higher. The use of AI, robo­tics, and automation has killed jobs, rather than create them. The number of workers in the organised sector grows by 2-3 per cent a year. In retail, it has dropped. In mining, which is considered as a labour-intensive area, the trend is towards smart mines with minimal manual intervention.