Air India’s takeover by the Tatas looks positive on most fronts. But what does it really mean for the employees? 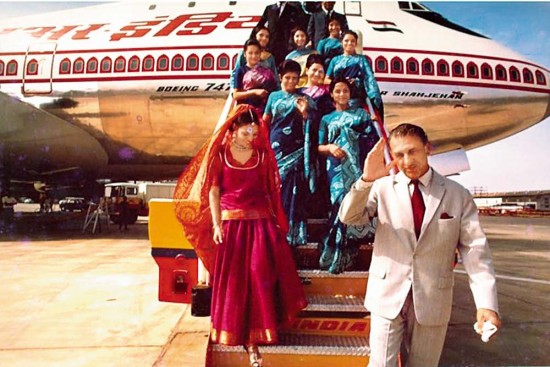 “Promotions were often delayed. Inter-departmental transfers meant starting from scratch. And there was periodic delay in salaries. Overall, the sentiment was unnerving,” says a recently retired employee of Air India, requesting anonymity.

Will things look up for India’s national carrier after the recent ownership change? Sentiments vary. Many hailed the government’s move to disinvest from Air India, with the troubled airline going back to its original owners. “Since the pandemic struck, we were handed a 60 per cent pay cut. Even before that, over seven years, our salaries were being slashed regularly,” says an AI flight commander. She expresses concern over whether they will receive the promised arrears by December. “Tata is known for its employee-friendly policies, but isn’t a great paymaster. Will I ever earn as much as my global counterparts?”

There is a glimmer of hope, though. “Privatisation will certainly bring in more efficiency, though what exact changes happen remain to be seen. Whether perks like medical bills and passages (free trips on AI) will continue for employees (including those who have retired), we don’t know,” the former employee quoted above, says.

Amidst such confusion, the ‘Maharaja’ is ready for a homecoming. In 1953, the Tata Group had given up ownership of the airline to the Nehru government for Rs 2.8 crore. Today, after 68 years, it has bought it back for Rs 18,000 crore. Out of the total amount, Tata will take over debt worth Rs 15,300 crore on its books, while the remaining Rs 2,700 crore will be the actual cash payout to the government.

For neoliberal reformists, the deal marks a major victory for the Narendra Modi-led NDA government, as several attempts in the past—including those by the Manmohan Singh-led UPA government—had failed to yield results. For the Centre, it puts an end to a 15-year-long loss-making stint for the airline, which led to a debt accumulation of Rs 61,560 crore. Since Tata has taken over only a fourth of the carrier’s loan book, the government will have to come up with a strategy and resources to service the remaining Rs 46,262 crore. But, the fact that future losses would be borne by the Tata Group is reason enough for many to swear by the mantra, “A government has no business to be in business”.

Since Tata has taken over only a fourth of AI’s loan book, the centre will have to come up with a strategy and resources to service the rem­­a­ining Rs 46,262 crore.

For the employees, the most importantly change is a shift from a government job to a private (contractual or permanent) one. But unlike other private jobs, which often hang by a thread, the Tata Group has agreed—keeping with its reputation and as part of the deal with the AI employee’s union—not to retrench anyone for the next one year. Even after that, if someone is to be laid off, the Tatas will offer VRS (voluntary retirement scheme). “The winning bidder will retain all employees, which means they won’t retrench anybody for a period of one year. Thereafter, for the second year, if anybody is to be retrenched or removed, they will be offered VRS,” civil aviation secretary Rajeev Bansal said while announcing Tatas as the winner of the bid.

At present, the airline has 12,085 employees—8,084 permanent and 4,001 contractual. Over the next five years, around 5,000 of these will retire. Each employee will be eligible for medical, provident funds and other benefits that they were entitled to under government ownership. But free trips for them and their relatives will be curbed, while health insurance of retired employees will be transferred either to the central government health scheme (CGHS) or to an insurance company for which employees will need to make partial payment.

But that’s not what everyone is bothered about. “At least, we would get our salaries on time. Flying allowance, which makes up 70 per cent of our salaries, was never released on time. While we are aware of the chances of getting laid-off after a year, having a job that never pays on time has also been tough,” said an AI pilot, requesting anonymity.

Many believe bringing the AI Union on board has been a clincher for the sale. “Even during the pandemic, employees of Vistara (also owned by the Tatas) were better looked after than us. We have great hopes from the new employer, and are excited and apprehensive at the same time. We look forward to meeting the new employer and take AI to its former glory,” says Captain Praveen Keerthi, general secretary, ICPA that represents the union of AI pilots.

But, days before the deal was finalised, the ICPA had written a letter to the management, seeking reinstatement of pre-pandemic allowances that were discontinued to prune costs since Covid struck.

The Tatas already run two airlines—AirAsia and Vistara, both of which are running into heavy losses. In this scenario, is it realistic for the Group to take over another loss-making entity? Possibly yes, say experts.

“The biggest benefit of the Tata Group is its balance sheet. No other Indian company would have been comfortable taking over AI, simply because it needs capital infusion before it can turn profitable. In my view, they will have to purchase 150 new planes, out of which 50 would be ultra-long-haul. But since it’s the Tatas, raising capital won’t be an issue,” said Mark Martin, founder and CEO of Martin Consultancy, an aviation consultancy and safety firm.

But G.R. Gopinath, founder of Air Deccan, believes the best option for the Tatas would be to merge operations of all three airlines. “…the Tata Group may succeed, if it can merge all three airlines into a single entity, with a new vision and a fresh, dynamic leadership to steer it. For that, they need to strike an understanding with AirAsia and Singapore Airlines to iron out the wrinkles,” wrote Gopinath in The Economic Times.

Experts are confident the Maharaja will turn profitable in the near future. Aviation expert Amrit Pandurangi believes operational profitability will not be difficult to achieve for the new owners. “To put it in figures, in the last 10 years, less than 2 per cent of the net losses were operational in nature. The fact that Tatas will have to service only a fourth of the airline’s total debt gives it scope for profits.”

But there are other factors Tatas will have to deal with. “The biggest challenge will be to identify valuable employees from the existing staff. The Tatas will have to ensure they do not let go of the people who can add value to the company, especially the staff that works in Tier-2 and Tier-3 towns,” said Pandurangi.

A big spot of bother for the sector has been ATF (aviation turbine fuel) prices. This could turn into a headache for the new owners of AI, if crude oil prices hover above $80-$90 a barrel.

Finally, the takeover is being seen as a welcome experience for customers as well. “Till the 1970s, AI used to be known for best-in-class in-flight services. Whatever global airlines are doing today, AI had done that half a decade ago. It was betrayed by a corrupt bureaucracy,” said Martin.

Hopefully, now that the Maharaja is back on home turf, getting back its glory will be a matter of time.

(This appeared in the print edition as "All is Well?")

By Neeraj Thakur and Pallavi Chakravorty