The Ranbaxy brothers -- Malvinder and Shivinder Singh -- systematically and deliberately siphoned off huge sums, estimated at Rs 10,000 crore. Most of the money was used to buy real estate 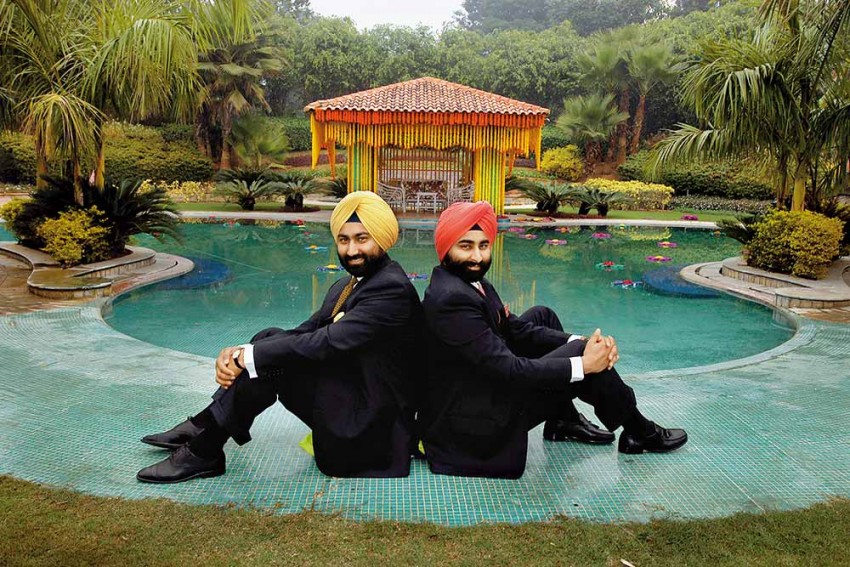 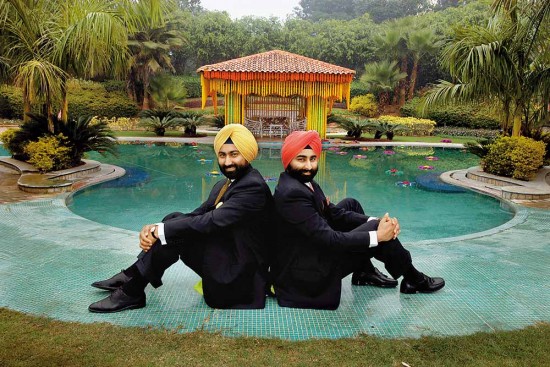 Of course, it is about money. But in the case of Malvinder and Shivinder Singh, the two Ranbaxy brothers and billionaire scions who ended up in jail, the narrative goes beyond a simplistic explanation. The sub-plots, which emerge larger than the main one, include personal tussles between family members—father-­son and sibling rivalries—besides ­intense friendships that led to ­greater animosities. Add to this the mysterious veil of spiritual power—both the quest for it, and efforts to retain it.

The story spans three decades, starting when the two brothers were quite young, and their father, Parvinder Singh, and grandfather, Bhai Mohan Singh, were alive. It takes numerous twists and turns, curls and loops, and one can lose track of the critical markers along the journey. It comprises hundreds of dubious deals—money transfers from listed companies to sha­dowy private firms. Each tran­saction includes dozens of sub-deals so there is minimal connection between the points at which it originates and where it ends.

Even the mastermind, if there is only one, is difficult to pinpoint. Sometimes, the needle of suspicion points at Malvinder, the elder Singh, who took the key decisions. At other times, Shivinder appears to be the perpetrator, given his aggression and ambition. In some cases, Sunil ‘Sunny’ Godhwani, who handled the personal wealth of the two Singh brothers, looks guilty. The cast of characters also includes several faceless bankers, senior corporate managers, company auditors and fin­ancial experts.

However, there is a big shadow lurking sometimes in the forefront, and sometimes in the background. This is the towering personality of Gurinder Singh Dhillon, the spiritual head of Radha Soami Satsang Beas (RSSB), which boasts of more than four million followers across the world. Gurinder Singh’s family members are allegedly active participants in the various firms inv­olved in the fraudulent deals—wife Shabnam, and two sons, Gurpreet and Gurkeerat. RSSB forms a common link between the various actors.

The cases against the Ranbaxy brothers are simple to understand. They all­egedly sip­honed off huge sums—one estimate puts it at Rs 10,000 crore—from the listed groups such as Ranbaxy, Fortis and Religare. They funnelled the money to their closely-held private firms. They retained a part of it, and shifted the bulk of the funds to other firms that were owned by Sunil Godhwani, Gurinder Singh and Shab­nam Dhillon, and Gurpreet and Gur­keerat Singh. Most of the money was used to buy real estate. 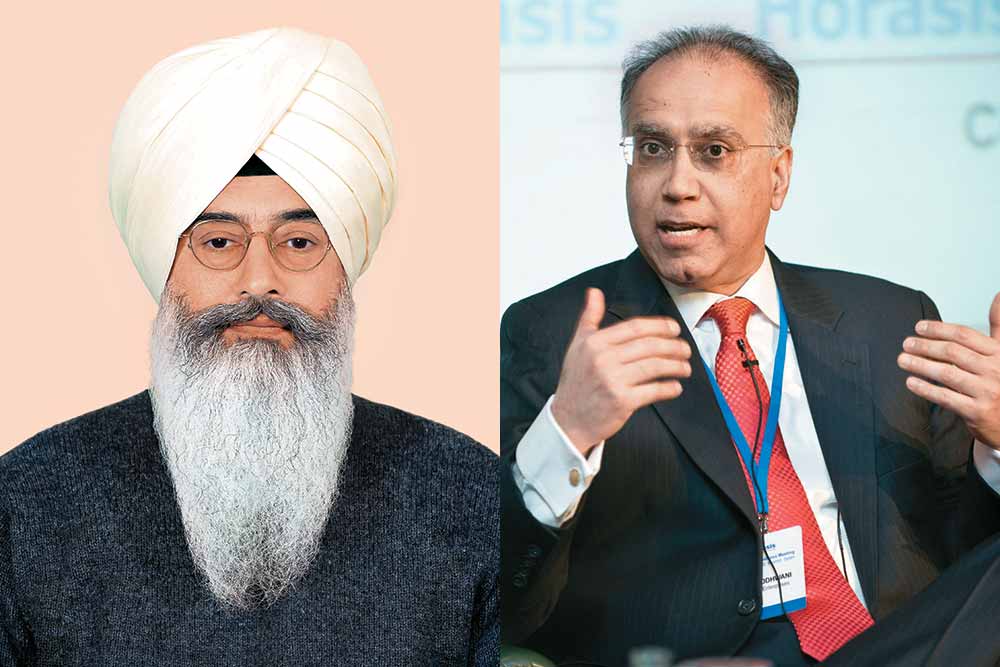 The loot was systemic, deliberate, in connivance with the bankers, financiers, and auditors, and against the interests of the investors in the listed companies. It was done over 12-13 years. The money was squandered as the values of the properties fell sharply during the ongoing crisis in real estate. When the scandals became public, each actor blamed the others. Malvinder found faults with Shivinder, Godhwani and the Dhillons; Shivinder with Malvinder and Godh­wani; the Dhillons with Godhwani; and Godhwani with the others.

“The notorious saga of Malvinder and Shivinder Singh seems to be at a conclusive stage and investigating agencies are tightening their grip on the pending cases,” says Sandeep Grover, partner, Ortis Law Offices. “At the same time, in a case filed by Japan’s Daiichi-Sankyo, which bought Ranbaxy in 2008, the Delhi High Court has asked the Singh brothers to reveal details of the assets transferred by them (from Ranbaxy, as alleged by the Japanese buyer).” The court has sought information from the other pla­yers like Gurinder Singh of RSSB.

The seeds of arrogance and ambition, which ulti­mately led to immense greed in the Ranbaxy family, were sown in 1991, when Par­vinder took over the reins of business from his father, Bhai Mohan. The ambitious son exp­anded furiously, and established Ranbaxy Lab, a pharma company, as a global pla­yer. Parvinder fought with his father, who wanted a veto power to influence board decisions, and two brothers, Analjit and Man­jit, who were unha­ppy with Bhai Mohan’s division of the empire.

Deprived of corporate power due to their late ­father’s successor D.S. Brar, the Singh brothers sought refuge at the RSSB Babaji’s feet.

Before he died of cancer at 56 in 1999, Parvinder anointed a professional, and an intimate friend, D.S. Brar, as his successor. He said his two sons, Malvinder and Shivinder, should climb the Ranbaxy hierarchy until they gained enough experience to be given responsible positions. Bhai Mohan was angry, and lashed out publicly in favour of his grandsons. But Malvinder and Shivinder acquiesced meekly to their late father’s decision. Brar became the new Pharaoh of Pharma.

Hate, revenge and the urge to put their hands on the corporate wealth are said to have simmered inside Malvinder and Shivinder, even as they maintained stoic silence. Their chance came when Ranbaxy went through a painful phase of lower profits. In 2004, they connived to force Brar out, and inducted Brian Tempest, a professional close to them. Malvinder joined the board, and bec­ame president (pharmaceuticals). Now, the Singh brothers indirectly controlled the Ranbaxy operations.

Rumour had it that Tempest would keep the seat warm for Malvinder. In 2006, the latter took over and Shivinder joined the board. The family was back in power, but the brothers had a huge crisis on hand. At least during the early 2000s, or even before, the company’s operations were carefully constructed on fraud, it has been alleged. Ranbaxy had emerged as one of the largest exporters of generic drugs to the US. But the nods it got from the American regulator to sell its products were based on cooked-up scientific data.

By 2007, or even by 2006, the US FDA was on to the Indian company’s antics. A whistle-blower, Dinesh Thakur, who left Ranbaxy in 2005, gave evidence to the American regulator. It was a matter of time before Ranbaxy was implicated. Malvinder and Shivinder initiated three strategies to manage the grim situation. They reduced Ranbaxy’s reliance on the US market, and focussed more on Europe, Asia and Latin America. Within two years, America accounted for only a third of the company’s exports.

The two brothers sought ways to sell the company to a global player. In 2008, during the height of the global recession, Daiichi purchased the Singh family’s stake for $2 billion. It was a corporate coup. The brothers had found the perfect way to tide over a global financial crisis. They had emerged as the Kings of Cash. Finally, to bolster their personal wealth, the Ranbaxy brothers, according to a complaint by the Japanese buyer, illegally transferred Rs 2,900 crore from Ranbaxy to their private concerns.

By this time, the Singh siblings were close to RSSB, Gurinder Singh Dhillon and Godh­wani. The RSSB-Singh family proximity was decades-­old. Accor­ding to members of the sect, when Babaji, as Gurinder Singh is popularly known, shifted to Beas from Spain in 1990 to take over as the new head, the situation was complex. He was inexperienced, and there were int­ernal power struggles. Parvin­der, father of Mal­vinder and Shivinder, ­became Dhillon’s “biggest source of support”.

After Parvinder’s death, his two sons, who were deprived of their legitimate corporate power because of Brar, sought refuge and solace at Babaji’s feet. Sources contend it was the RSSB head, who caj­oled them to sell Ranbaxy. Godh­wani, a key member of the sect, became friends with the Singhs, or at least Shivinder, and emerged as their ­personal financial advisor. He helped them in moving the money out of Ranbaxy to personally owned ­companies, and take important ­inv­estment decisions.

The extent of proximity among these three families was evident in 2006. Malvinder and Shivinder transferred 13.5 million shares of a group firm, Religare Enterprises, to the two sons of Gurinder Singh, Gurpreet (6.25 million) and Gurkeerat (6.25 million), and Godhwani (1 million) at the face value of Rs 10 each. During the company’s IPO in 2007, these shares were allotted to public shareholders at Rs 185. The combined paper profits of the trio: a whopping Rs 227.5 crore. Godhwani was the head of Religare. 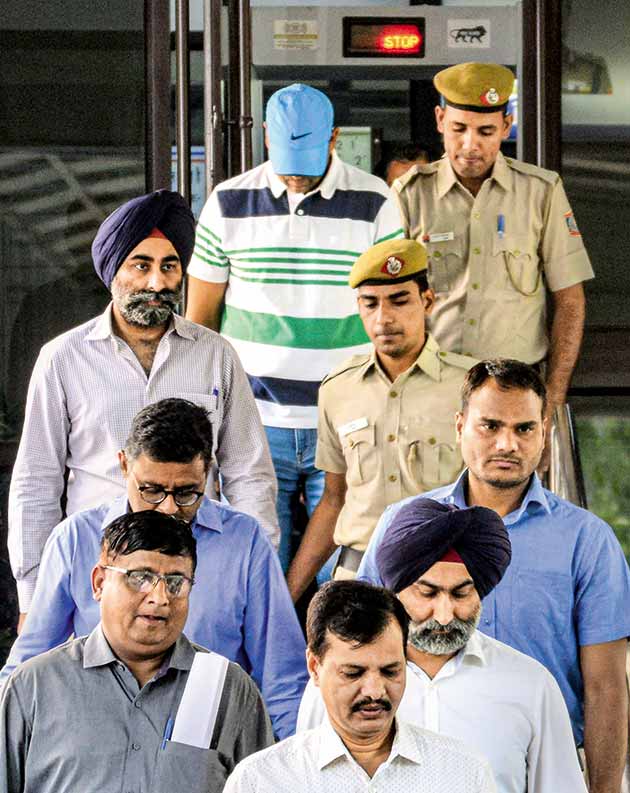 The Ranbaxy brothers and others under arrest.

After the 2008 sale of Ranbaxy, three strands grew simultaneously. Publicly, the Singh siblings seemed like smart ent­repreneurs, who judiciously used the $2 billion from the Daiichi deal to grow their operations in hospitals (Fortis), and fin­ance (Religare). They had huge ambitions—they wished to build the largest hospital chain in the country, and open a bank. They became the darlings of the media and shareholders. Corporate obs­ervers felt they could do no wrong.

In private, away from prying eyes, the shenanigans continued. Massive amo­unts, raised as loans, were allegedly funnelled out of Religare and Fortis groups, and found their way to the private firms owned by the Ranbaxy brothers, Godhwani, and Gurinder Singh and his family members. One estimate is that Rs 2,300-2,700 crore was looted to buy commercial properties in various cities, including in Saket, New Delhi. Shabnam Dhillon, wife of the RSSB guru, was a dir­ector in some of the largest recipients.

Behind the scenes, the Ranbaxy’s Japanese owner had smartened up to the frauds of the Singh brothers in the US market. Faced with investigations, and court cases in the US, Daiichi realised that it was duped. In 2013, the brothers admitted in a US court that they were guilty, and were fined $500 million. In 2016, a Singapore tribunal asked them to pay Rs 3,500 crore to Daiichi because they had “concealed critical information” during the Ranbaxy sale. The Supreme Court of India upheld the decision.

Funds raised as loans and funnelled out of Religare and Fortis groups went to private firms of the Ranbaxy brothers and others.

Despite such setbacks, the swindling never stopped. In 2016-17, the RBI found that the Ranbaxy brothers gave “21 loans worth millions” to firms directly or indirectly linked to them. The Religare Group ­alleged that Rs 2,200 crore was taken out by the two brothers. A New York-based investor, who held a 6 per cent stake in one of Religare’s firms, said they ind­ulged in “diversion and sip­hon­ing” of $1.3 billion. The ­inv­estigations began, and cases mounted, as various players scrambled for safety exits.

Malvinder, who claimed he got a death threat, said Shivinder, who wished to be RSSB’s next spiritual head, “bribed” the Dhillons. This was done by the transfer of loans raised by the three listed groups, Ranbaxy, Religare and Fortis, to the private firms owned by the Dhillons. Shiv­inder maintained that Godhwani had ­misused his powers as the manager of the Singhs’ personal wealth. The Dhillon family told the Delhi High Court that it had not ­received any money from the Singhs.

“These are meaningless allegations,” says a RSSB member. “There is no case of money laundering of the sect’s funds. RSSB’s money and assets are handled by a trust, and there can be no manipulation. Babaji’s name is being dragged into corporate scandals masterminded by others such as Godhwani, who bec­ame quite close to the Singhs in 2011.” Godhwani has largely been silent.

The courts will decide the destinies of these characters. The fall of the Ranbaxy brothers is a classic case of how hubris, conceit, hunger for money and over-­confidence can lead to a house of frauds. As quickly as it was built, it can fall ­instantly like a house of cards.

By Alam Srinivas with inputs from Jyotika Sood and Lola Nayar