Just as export prospects start looking up this summer, a shortage of containers makes life difficult for Indian traders 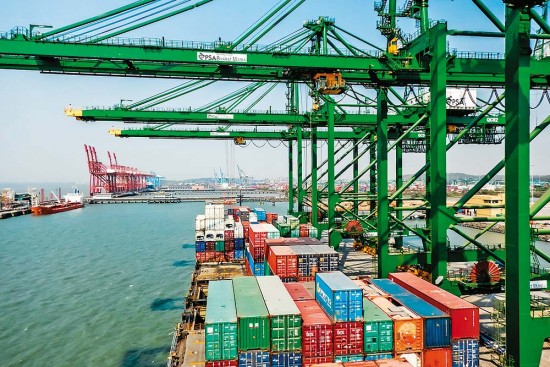 Many Indian exporters are facing a financial crunch due to a steep rise in freight charges and delays in shipments. The reason: shortage of freight containers. The extent of the problem can be gauged from the fact that delays in shipments this month alone would impact exports worth $15 billion to $20 billion out of the monthly total of $30 billion to $35 billion since outbound sales picked up. Part of a global phenomenon, the crisis has come at a time when Indian export prospects were looking up. In July, India clocked $35.43 billion worth of exports, which was 50 per cent higher than in the same month last year, and 35 per cent more than in 2019-20.

The delays—of around 15 to 20 days—are expected to particularly hit exporters of lifestyle goods and handicrafts. That is because their shipments pick up from August to peak in October and November in time for the Christmas festivities. This means the goods have to reach their destinations latest by the first week of December to catch the early festival shoppers.

“Shipments from August to November are important for us to meet the dem­and leading up to Christmas and New Year,” says Sharad Kumar Saraf, former president of the Federation of Indian Export Organisations (FIEO) and chairman of Technocraft Industries (India) Ltd, an exporter of textiles and engineering goods. “The current delays, which exceed 20 days in many cases, will affect exports of all our seasonal goods, including apparel, handicrafts and gift items.”

The delays are likely to ­especially hit exporters of lifestyle goods and handicrafts.

The fact that exporters are sitting on huge inventories in their godowns is aff­ecting not just their production schedules, given the lack of infrastructure to stock more raw materials and finished goods, but also leading to a financial crunch due to lack of cash flow. In many cases, lack of working capital is emerging as a major concern. “Our exports are doing pretty well and, in fact, looking up as the order booking position is extremely robust. While there is not much challenge on the demand side, the supply side is facing major challenges starting with the cash flow as raw material prices have risen sharply, requiring more bank funding, which in turn depends on the export margins,” says Ajay Sahai, director-general of FIEO.

While looking forward to government reimbursement as incentives to exporters, Sahai says the problem of container availability is such that under the FOB (free on board) contract, where the buyer has to arrange for the container, even they are asking the sellers to hold on. The shortfall in availability of containers is due to problems in the entire cycle of shipments, leading to delays at many ports, including trans-shipment hubs.

Raghu Shankar, executive director, International Clearing and Shipping Agency (India) Pvt Ltd, says a critical problem is the priority surcharge being levied by shipping lines for those ­wanting to be connected to a particular vessel, which is cutting into export ­margins and raising import costs. Moreover, the shortage of containers has seen a four- to six-fold increase in freight charges as compared to pre-Covid times. For small and medium ­enterprises in India, with their small consignments, it is a challenging ­scenario. Apart from the higher costs they have to bear, they lack the clout to push for early shipment of cargo even when containers become available.

The limited space available with ships visiting Indian ports has also resulted in shipments not going in one lot. “But, until the entire order reaches the buyer, the seller cannot hope to get payments,” says Sahai. The exporters’ lobby has put forward some suggestions to the ­government to ease the situation, ­including spacing out shipment of ­high-volume-but-low-value raw ­materials to give more preference to value-added products.

(This appeared in the print edition as "A Freight-ening Crunch")