The government wishes to improve the business environment, and institutional cleansing is a part of that. It’s surely not gloom and doom. 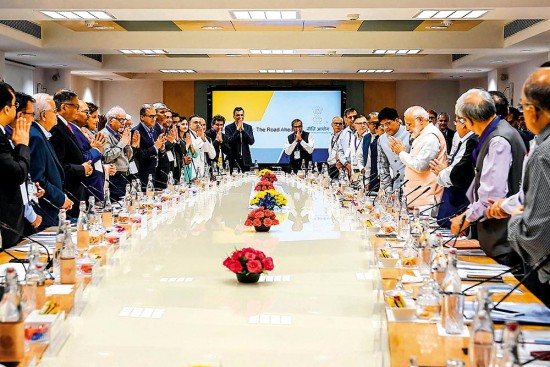 Expressions, even technical ones, are often used loosely. The word “recession” has been used for India. What are the real GDP growth forecasts for 2019-20? The recent Union budget assumes 7 per cent. There are other projections, some from outside the government system. Those too are around 7 per cent, perhaps marginally below. Even if one assumes 6.5 per cent, that’s still growth. GDP hasn’t declined. There is no recession. Compared to growth in some countries, where there can indeed be recession, 6.5-7 per cent is no reason for gloom and doom either. There has been some tilting at windmills, questioning ­veracity of GDP numbers. A Rocinante horse is close to dead and need not be flogged again. Therefore, let’s be clear about the macro argument.

Without getting into semantics of structural versus cyclical, best left to economists to debate, the argument can be stated as follows. For development and wealth and employment creation, 7 per cent isn’t enough. We need Citius, and perhaps Altius and Fortius too. As the recent Economic Survey computed, to get to $5 trillion GDP in 2024-25, we need 8 per cent real growth. Besides, is growth rate tapering off? The last four quarters of 2018-19 gave us 8, 7, 6.6 and 5.8 per cent, respectively. Notwithstanding the average of 6.8 per cent in 2018-19, this suggests a slowdown. What can be done to reverse this?