Just like the ‘Railway Mutton Curry’ of yore, it is difficult to get the authentic dhaba chicken any more. 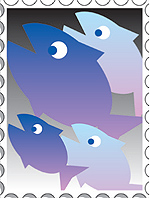 Someone ought to research the evolution of highway dhabas. I suspect they grew out of the caravanserais along trade routes. Not surprisingly, the best dhabas were found on the Grand Trunk Route, India’s oldest highway, built by Sher Shah Suri and connecting South Asia to Central Asia, as our history textbooks in school told us. It’s easy to visualise serais on the way, which, over time, morphed into the present-day dhabas. It’s therefore conceivable that people from the northwestern provinces—Punjab chiefly—were among the first to take up dhabas as a line of business. Unquestionably, the best dhabas were to be found on the stretch from Punjab, downwards through Haryana, to some 100-odd miles southeast of Delhi towards Uttar Pradesh (Gajraula being the last stop) that had the best of dhabas. Next only to those in the north are the dhabas on the stretch between Dhanbad and Calcutta, but even these were mostly owned and managed by Sikhs, many of them having migrated to these parts after Partition.