"It’s almost like a sleeping megalopolis has been suddenly awakened and people emerge from its gazillion honeycomb cells relentlessly": This week's diary takes you to the streets of Calcutta during Durga puja. 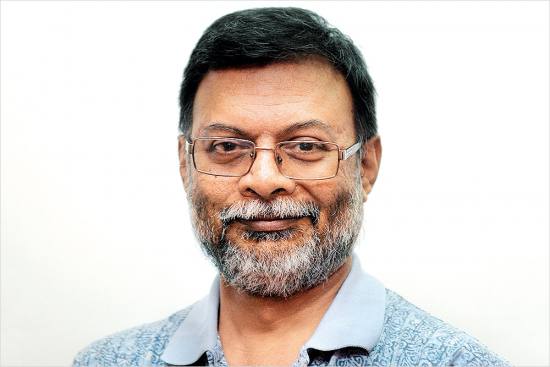 In some ways, it’s like the city itself. Old and new at once—a warm, familial bonhomie, shot through with surprise and laughter. Puts you in mind of some ancient myth of eternal recurrence. Still, the Durga puja in Calcutta is like the coal of Newcastle. How do you describe an experience that has been lived, consumed, written about, photographed, filmed and feted by millions? Perhaps it takes the fresh initiate’s virgin eye to peel the layers of cliché off, well, a cliché. For a first-timer like me, the encounter comes as a series of jaw-dropping, exotic revelations. Like a haunted house ride in a giant amusement park, surprises and twists in the plot lurk at each turn. Each pandal is a new game. A crumbling building serves as one—the idols housed in what resembled an abandoned palace hall. I wonder at the choice of venue. Then the penny drops! It’s entirely a reconstruction. Oldness has been created anew.

A City Walks By

You’ve always heard about the “Pujo crowds” from Bengali friends but, like a tiger in the wild or a storm out at sea, the first sighting is something truly elemental. For pujos that have built a name for themselves over the decades, like the ones in Mudiali or Ahiritola, the crowds have to be simply seen to be believed. The distinction between street and sidewalk blurs perilously, the cloud-dense traffic and the mass of humanity on foot compete with each other for the last millimetre. At intersections, humanity wins—massed armies of pedestrians flow in waves, simply stunning the traffic into a kind of stupor. It requires superhuman effort each time to get the infantry attacks to ease and allow the poor machines to groan their way back home.

Meet You At Sealdah