Now we’ve seen it all: even a commodity exchange for cricketers. We’re numb. 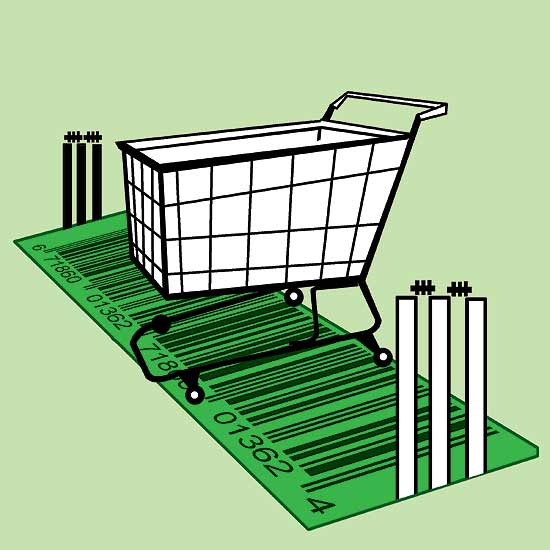 Cricket is a play of chance, involving the mechanics of a piece of wood meeting a leather orb, to no verifiable effect on the world economy. Whatever this sport means to us, can it be valued in a utilitarian way, like a software app, a pizza, or someone fixing a puncture? Is it a special form of skilled—sometimes semi-skilled—labour? Or is it theatre, a giant proscenium where the psychological energies and desires of competing humans—and those of the spectator-participant—create live, unscripted drama? Poised between our renewed acquaintance with a stranger called victory and the familiar din of the marketplace, the IPL, it’s eerie to reflect on how easily one segues into the other. There’s a clue here to how we, as a people, are answering these questions: the fadeout from one frame to the next was unified by the background audio of money clattering down.

It’s a purist’s folly to think of ODIs as the real McCoy and T20 as simulated tamasha, cricket’s version of the WWF. Both are expressions, at different levels, of the same monstrously endowed commercial empire that uses sport as its engine fuel. For us, the joy of sport is undefinable, intangible. India was delirious in 1983 too, and it was for free. Now that joy is monetised. For some time, we’ve accorded a sort of parity to a Tendulkar inning and a Picasso original: both deemed priceless, both hitting the circuit-breaker. But the game-changer, to use the modish phrase, was the IPL auction: an inspired, all-out mercantile method to put a monetary value on an intangible good. Now that we’ve been numbed by the idea of having a commodity exchange for cricketers, we’ve no other way to express our gratitude to a bunch of boys who won us the World Cup except by throwing more money at them.