Canacona Diary: A Bed On A Tree, Awash With Feni And Filter Coffee With Coconut Milk

From food to ambience, southern Goa's pristine beaches are not only romantic but exotic in all aspects. 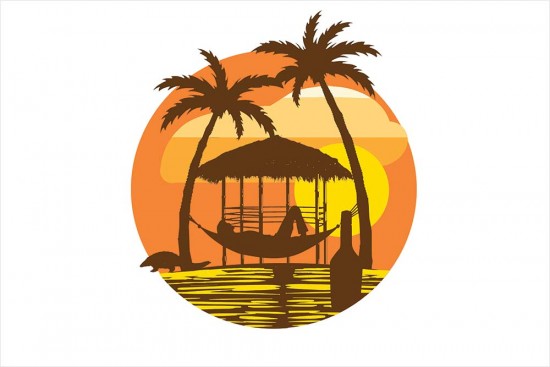 “Don’t sit there. There is a boa constrictor under the cushion,” says Cristina. I freeze. “Don’t worry, it’s sleeping, it has just eaten a squirrel,” she says. It’s lying there, shiny and scaly, like a swollen leather belt. I avert my eyes before I can spot a squirrel-shaped bump in its middle. “Are you sure it won’t attack me?” “Why should it? It can’t eat you.” We are in the open kitchen of The Tribe, under a canopy of thatched roof supported by bamboo stilts. It’s a large circular space, deafening with bird calls and blinding greenery, well-equipped with all sizes of pots and pans on one side, vegetables and fruits in a netted cupboard, perishables in a cool earthen pot. I am tossing up some noodles with vegetables for dinner, with one eye on under the cushion if the boa has digested the squirrel and is raring to constrict again.

Our ‘room’ is a double mattress on a plank atop a tree, covered by a mosquito net. We are advised to keep everything in a metal trunk lying on a side, or the civet cat, the pangolin or the monitor lizard will run away with our wallets and phones. They particularly like toiletries. The Tribe is an off-grid tourism spot down the road from Canacona bus station to Agonda beach. There is no electricity, internet or phone signal. You cook your own food. The toilet is a compost pit and the bath is a bucket and mug under a tree, covered with a sackcloth. It was started four years ago by German-English Alexander Carpenter and Cristina Silva Toledo from Venezuela, who have taken up a huge swathe of almost-arid land and are determined to make it into a lush forest. They talk deep into the night about their plans; we listen sitting under a clear starry sky, to the racket of crickets and frogs, and come back certain they will get to their dream.

Canacona (or even more musical in Konkani, Kannkonn) is in the southern tip of Goa; a slightly strong wave and you would wash up in Karnataka. The happening beaches, the rave parties, the Good Housekeeping houses give way to quiet interiors yet to be invaded by Delhi and Mumbai as we travel southward. As a shack-owner in Palolem quips, the beach is what Calangute or Baga were twenty years ago. Canacona has the beaches—Palolem, Patnem, Galgibag, Talpona, Agonda on the seaside and hills and forests in the interiors, like the dense Khotigao wildlife sanctuary where tigers roam. We spend two days in the forest at The Earthern Nest, a four-cottage, eco-friendly resort inside the sanctuary (it has a solid bed, attached bath and even a swimming pool). Spotting a tiger is rare but Khotigao is a treat for birders.

We zap around the winding, verdant forest roads in a Honda Activa, the breeze cool after a thunderstorm at night, feeling young. We ride towards Netravali lake about 20 kilometres from Khotigao, and pass Mangal Farms on the way. It’s a completely organic farm which supplies the whole of Goa, the pandemic making it tough for them to keep up with demand as more people cook at home and look for quality ingredients. There are rows of vegetables and herbs in hothouses, and at the far end lies the distillery where they make feni the old way—ripe cashew fruit fermented in earthern pots and double distilled to get the clear liquid. The old house has been converted into a boutique hotel, the restaurant cooking up fusion food from what the farm offers.

All the tony restaurants may be up north, but the Palolem-Patnem beach stretch has enough creative chefs. Satish and Manna, who have done time in Lintas in Mumbai, run Cantine Indienne, doing Tanjore vegan cuisine. The filter coffee is with coconut milk and the pulled ‘pork’ wraps are of jackfruit. Zest is the other go-to vegan eatery, for their berry smoothies and crunchy salads. Ourem 88, run by Englishman Brett, serves up five-star level continental fare, The Mill, set in an old rice mill with the metallic thrasher still in the middle, has the best creamy homemade fettucine. Rama’s Kitchen is for authentic Goan fish thali and Bhakti Kutir for the Kerala sadhya on Sundays. After all this heavy binging, Millie’s Kitchen on Agonda road is the antidote—a wholesome, home-cooked food, served with dollops of love by good old Millie aunty.

(This appeared in the print edition as "Canacona Diary")