Caste And Faith In The Dalit Mirror 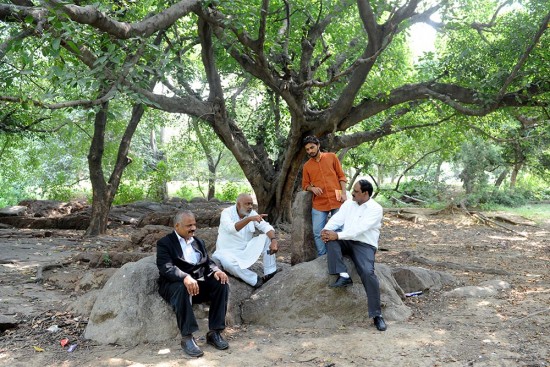 In October 1956, sixty years ago, Ambedkar embraced Buddhism. Does the Dalit experience surpass religion? Or can it be articulated through it? Does it only divide or also offer grounds for introsp­ection? We inv­ited four prominent Dalits—a Hindu, an Ambedk­arite Buddhist, a Christian, a leftist—to address this complex set of questions. They were Sanjay Paswan, head of the BJP’s Scheduled Caste Morcha, IAS officer Raja Sekhar Vundru, Supreme Court lawyer Franklin Caesar Thomas, and the youngest, Rama Naga, a PhD scholar at JNU, New Delhi. Uttam Sengupta and Sunil Menon were the moderators.

OUTLOOK: Exactly 100 years ago, in 1916, Dr B.R. Ambedkar presented his paper on castes in India at a seminar in Columbia University, New York. The last century saw Gandhi and Ambedkar, and both had distinct views on the Dalit identity. Our aim at this dialogue is to look ahead and anticipate, if possible, the churning Dalit identity may undergo in the next few decades, if not the next century. Will Dalits rem­ain within the fold of Hinduism and change the religion? Will they ­embrace Buddhism or Christianity, or are they going to take a ‘Left’ turn and prefer to be identified as atheists ?