N. Rangasamy, the new CM, contracted Covid but that didn’t dull his political senses! He’s keeping his ambitious ally, the BJP, at bay—and plotting a Trojan move on the chessboard. 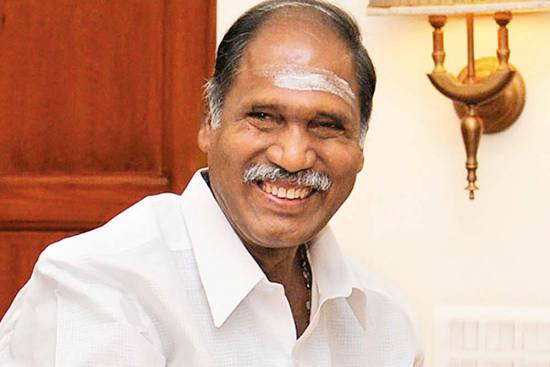 The BJP had a good thing going in Pondicherry after its alliance with N. Rangasamy (in pic) of the AINRC scored a comfortable majority in the 30-member assembly in the recent election. The party eyed the post of deputy chief minister and the plum portfolios of excise and transport. But when alliance leader Rangasamy—invited to form the government following support from his ten MLAs and the BJP’s six—he chose to take oath all alone on May 7 and informed the Lt Governor that his cabinet will follow later. The AINRC leader has not expanded his cabinet so far—more importantly, he has not inducted the BJP’s nominees either.

Since the chief minister got hospitalised for Covid on May 9, the BJP had used his absence to get three more MLAs through the nomination route and also negotiated the support of three of the six Independent legislators. It was a signal to Rangasamy that the BJP had more MLAs (11) compared to AINRC’s 10. It hoped that its numerical superiority would force the chief minister’s hand.