Stephen Batchelor, author of Confessions of a Buddhist Atheist, tells the untold story of the Buddha's life and death 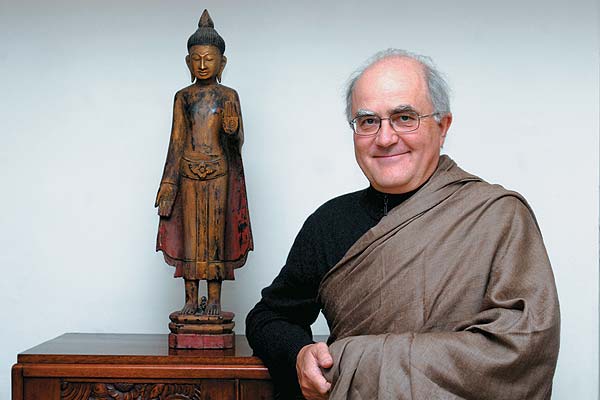 What made you start on a search for the real Buddha?
My interest was triggered by a project which took me for the first time to the places where the Buddha lived and taught--Shravasti, Kusinagar, Gaya, Vaishali, Rajgir, Boddhgaya. For the first time, I gained a clear geographical sense of the Buddha's world. It created a sort of framework within which I started to read the early Pali texts. I started to look at the texts in a different light. Until then, like many Buddhists, I had a very vague idea of how the Buddha's life actually unfolded. The Pali canon is like a window into 80 years of early Indian history, the first real historical text. In some ways it represents a human world, one where the gods are not really significant and its human beings struggling to control their own destiny. I also began to see the Buddha's world in terms of the political and economic developments at that time. The more I read and the more I tried to piece the story together, particularly from the enlightenment to his death, I began to be more aware of the people occurring in these fragments of history. And slowly I was able to piece together a story.