Continuity Is A Tired Word

They are demagogues who have cunningly used fear and disaffection. This book shows how Trump and Modi brought their world-view to India-US ties. 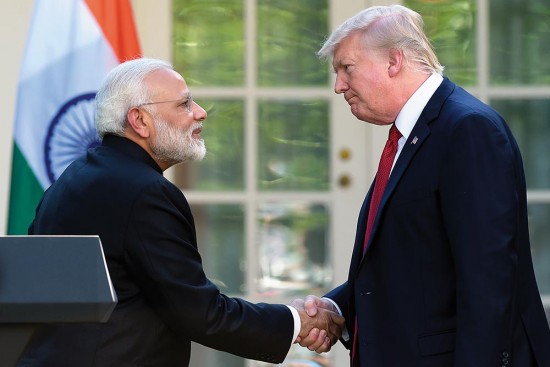 What is common between Donald Trump and Narendra Modi? The penchant for referring to themselves in the third person and the narcissism and megalomania it betrays is an obvious one. Their disdain for the values of their constitutions and the men and women who pre­c­­eded them in power is another common trait. Both messianic leaders thr­­ive by pandering to the lowest common denominators in their polities with the clever use of rhetoric and spectacles.

How do they pursue their foreign policies? In trying to place their countries, both considerable powers in their own ways, on the world map and in reg­aining what both thought were lost glories, how did they ‘perform’? How did their pursuit of foreign policy with regard to each other’s countries, both under a spell of ultra-nationalism, fare so far? What chemical fusion or fission materialised when the two largely similar, yet disparate, ultra-nationalist leaders engage with each other?