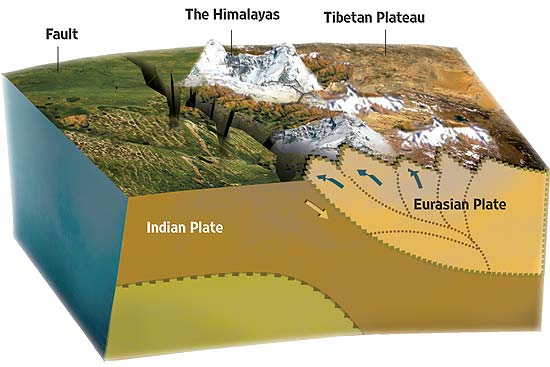 The Kathmandu quake has scared the wits out of most people living in north India, but experts say this was a baby earthquake compared to what may be expected in the near future. A bigger quake, a giant killer that packs in 40-50 times more energy than the 7.9 Richter temblor that shook Nepal and India is waiting to happen anywhere in the wide, sweeping arc of the Himalayas and its subsystems, from Kashmir to Arunachal Pradesh. The most susceptible is the central zone south of Kathmandu in India where a ‘great earthquake’ has not occurred in the last 700 years. Harsh Gupta, one of India’s foremost seismologists and former secretary in the ministry of earth sciences, says, “A big one, much, much bigger than the Kathmandu quake, is long overdue.” Unfortunately, science has not progressed far enough to precisely forecast earthquakes in advance.

In an earlier write-up in Outlook (Oct 3, 2011) titled Earth­quake: Waiting for the Gargantuan, this writer had used these (justifiably ominous) words: “A time-bomb is ticking and it was not a question of if, but when”. The big one of 8+ Richter magnitude will strike northern India because a great quake in the Himalayan region could occur any time—a kind of prophetic warning that unfortunately no one seems to heed as we continue to build with impunity, little realising the stiff penalties an earthquake extracts. Experts say the Kathmandu quake has still not defused that time-bomb, which continues to tick as most of the Himalayan region is reeling under an immense stress right below our feet as the Indian plate slowly inches under the Eurasian plate at five centimetres annually.