Architect of the sharply divisive US foreign policy, Rice delivers on geopolitics; her odd silences are inexplicable 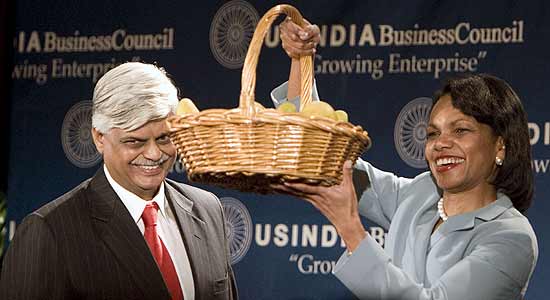 Condoleeza Rice, Condi to the world, is a tall, leggy, muscular woman. More like a supermodel than a professor-turned-policymaker and politician. When she strode into The Willard to meet the then Indian foreign minister Natwar Singh, on the eve of Prime Minister Manmohan Singh’s historic state visit to the United States in July 2005, it was clear to the Indian side that the secretary of state was checking out the thinking of a diehard Nehruvian diplomat before her boss settled down to business with the new PM.

In the event, Natwar Singh may have surprised her with his well-informed view of the post-Cold War world, but did not disappoint her. Her account of her meetings with both Natwar Singh and Manmohan Singh is accurate. The former took a diplomat’s view of the new world. The latter had to handle the politics of dealing with it at home.