Cures That Make A Big Killing

People exploded in anger at Bengal’s notoriously coercive hospitals. Now, a new law will take them on. 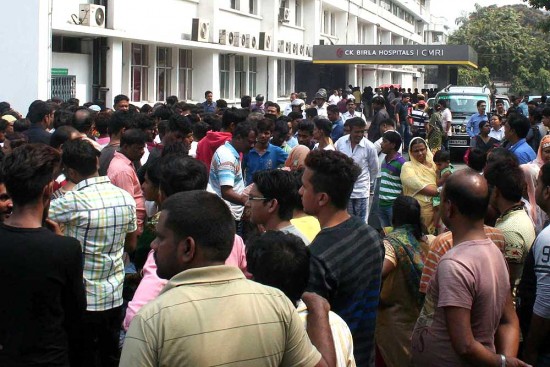 “For the first four days that she was in the intensive care unit tied to a ventilation machine, the doctors wouldn’t even let us meet her,” says Sanjay Goenka, a Calcutta businessman, recalling his mother’s death in a Calcutta branch of a prominent group of hospitals. “We desperately wanted to let her know that we were all there and pleaded with the nurses, but they rudely told us off. Not a single doctor bothered to talk to us about her condition, far less comfort us.” If the hospital staff’s callousness came as a shock, Goenka and his family wasn’t prepared for the ‘cruelty’ which came next. “On the fifth day, a doctor supposedly attending to my mother told us coldly that her throat would have to be cut open from the front and a tube inserted in order to intravenously feed her. We learnt later through our doctor friends that this was a test procedure that hospitals were conducting on patients who they knew were dying, using them as guinea pigs. My mother was old and frail and should have been left alone....”

For Goenka, who still seethes with imp­­otent rage, it was like an endless nightmare. The emotional trauma was compounded manifold by what he calls the “mental and physical torture that she was being subjected to”. He says, “As if pipes forced through her lungs were not painful enough, they tied up her hands and feet so that she wouldn’t be able to move if she suddenly came to; they also made us sign a bond as though we had specifically requested for it.” And at regular intervals, Goe­nka remembers, there would be a doctor or nurse handing them a long list of medical treatments that we would have to pay for...immediately.