Daylight At The Thousand-Star Hotel 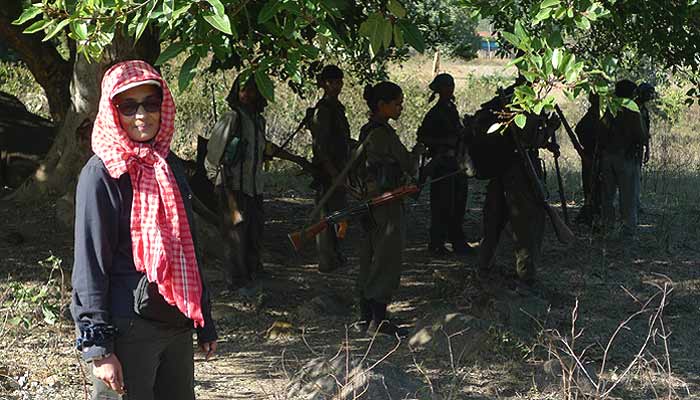 The CRPF massacre in Dantewada was brutal though avoidable, with two beheadings thrown in for bestiality. The Rammohan inquiry will tell us more about what happened. It was done, Arundhati Roy informs us (Walking with the Comrades, Mar 29), by “Gandhians with a gun”, with the timely reminder that there is no humbug about her Maoist Gandhians. They fight to protect beautiful tribal homelands against the state, which is an ‘Enemy of the People’, and corporate predators intent on ruthlessly realising their militarised, state-supported dreamland of mines, industrial plants and big dams. She will stand and fight against these “crimes against humanity”.

The Maoists have said, through Arundhati, and directly, that they seek dialogue. What is the Maoist notion of dialogue? Let’s listen to spokesman Azad, recently interviewed in The Hindu: “We want to achieve whatever is possible for the betterment of people’s lives without compromising on our political programme of new democratic revolution and the strategy of protracted people’s war.” Further, “talks will give some respite to the people who are oppressed and suppressed under the jackboots of the Indian state....” But the government must “release some leaders. Or else, there would be none to talk to since the entire party is illegal”. So the Maoists want the ban on the party lifted, detained leaders released, and respite for the “oppressed” (cadres) while planning to pursue “protracted war” with greater vigour. Is that a reasonable precondition that any state can accept without abdicating?