Death Be Not Proud

Arresting imagery and details bolster Salim’s realistic, sensual portrayal of the opposite pulls of small and big town life, as the Grim Reaper waits patiently 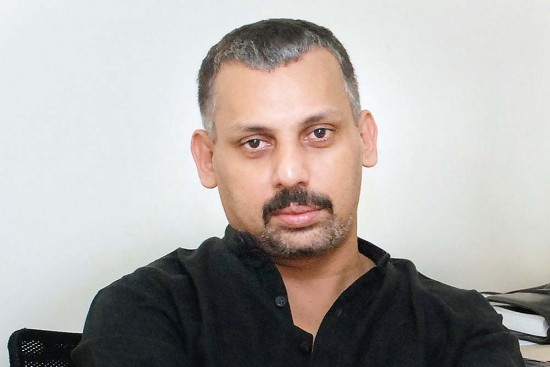 “Death provokes stories in a small town like ours”—Anees Salim’s The Small-town Sea is a provocation after death. Narrating the story of relocation through the eyes of a 13-year-old, the plot is also about loss of innocence, guilt, nostalgia and rem­embrance. Images play a dominant role almost as a parallel narrative, be it the dead pigeon landing on a patch of blanched sunlight, teeming with brown ants, pulled from the dark corner of a Bougainvillea or the secret beach that takes away a childhood companion. Likewise, smell marks a predominant presence in the novel, almost like a stray character. Death, love, warmth and fear come as experiences realised in and through a fusion of senses, in synesthesia.

The story runs in two phases: circling around a father who aspires to die in a small town near the sea, demanding a rel­ocation of the entire family, and ano­ther centering on a son who craves for his lost world in the city, where a new metro-­rail line is awaited with much expectation. As much as we are made familiar with the city and the small town in fairly realistic terms, the magic is created thr­ough a long trail of images that are a fantastic blend of the real and the imaginary.