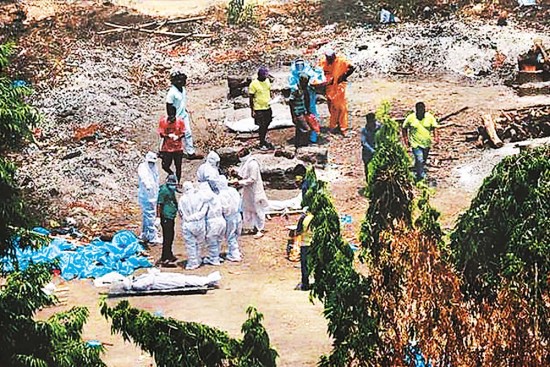 It has been the worst-kept secret in Odisha since the beginning of the pandemic. But now it is all out in the open. Fresh revelations following RTI queries have proved what has been the subject of animated discussion among the public for months: the gross under-reporting of Covid deaths in the state. As per official figures ­released by the state government on July 5, a total of 4,248 people died of Covid in the state since March last year. But an RTI response from the same government says no less than 3,480 people died of the coronavirus infection by the end of December 2020 and all of them were cremated at Satya Nagar crematorium in Bhubaneswar. Given the fact that the second wave of the pandemic—and with it, the number of deaths caused by it—was at its peak in May-June this year, cremations in Satya Nagar alone would outnumber the official Covid figures for the entire state.

“The fire keeps burning from morning till late evening, making breathing difficult for passersby. On an average, 30-40 bodies are cremated every day,” says social activist Anuradha Dash, a resident of Satya Nagar who has been spearheading a movement for shifting the crematorium from the area.