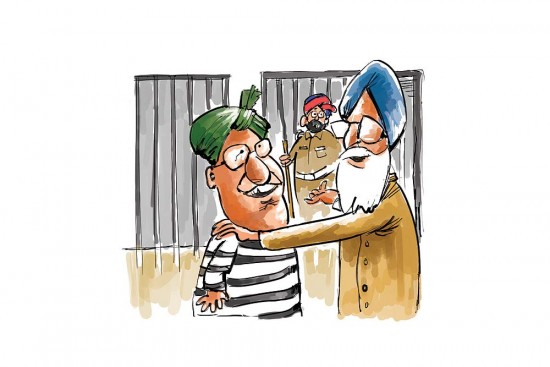 Recently, former Haryana CM Om Prakash Chautala—sentenced to 10 years’ imprisonment in the primary school teachers recruitment scam from 2000—was shifted from Tihar Jail to Bhatinda district jail. But why is the wily politician not being shifted to some place in Haryana, his home state? Well, obviously a BJP government in Haryana will not give the octogenarian a cushy jail stint. On the contrary, Chaut­ala’s old pal Parkash Singh Badal, who is CM in Punjab, is likely to be more of a help in ensuring his jail term is peppered with periodic paroles. Never mind that the Supreme Court rejected Chautala’s appeal against the conviction earlier this year. That’s what friends are for, after all. But it isn’t just Chautala who’s getting perks in Punjab’s jails. A few weeks ago, the Pun­jab government shifted two ex-Sikh terrorists to Punjab jails, so that they can be given periodic parole to visit their families.