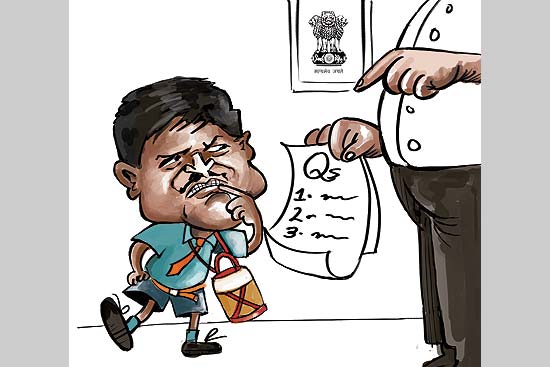 A day after his rally in the capital, and after proclaiming his utter lack of faith in the National Commission for Backward Classes, Hardik Patel arrived at the commission’s Delhi HQ, with a TV crew in tow. Unfor­tunately for him, he was permitted to go inside only on one condition— that he leave the media out. Once inside, the agitating 22-year-old was caught offgu­ard by a senior official who pro­­­m­ptly asked him, “Do you know the purpose of affirmative action in this country?” Taken aback, Patel remained silent. Next question: “Do you know what the eligibility criteria for being a part of the central OBC list are?” Again, the ans­wer evaded the man who has been busy gathering the masses. Anot­her question: “When you say your community is backward, do you know what the Constitution and the SC define as ‘backwardness’?” This time, there was some muttering followed by a “rather uncomfortable silence”.