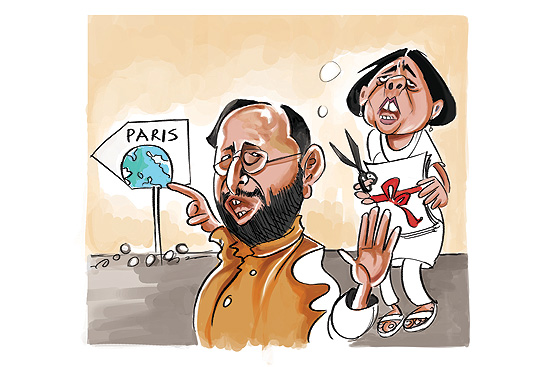 The launch of an environmental magazine in Hindi has been deferred till after the climate change conference in Paris to be attended by Modi in November. Allegedly, the suggestion was made by Union environment minister Prakash Javadekar; he didn’t want any trouble before the conference. As it is, his ministry has had enough trouble with Down to Earth, an English environment magazine with an international readership. While the magazine has been critical of the policies of the previous government as well, its editor Sunita Narain, noted environmental activist, was dropped from the PM’s Council on Environment. Javadekar is learnt to have reasoned that while the magazine in English is popular among experts, the Hindi edition would make domestic ‘trouble-makers’ more aware about policy issues. That, the minister decided, he could not afford at this stage.